Mediation as an Alternative to Lengthy and Costly Court Trials

Mediation as an Alternative to Lengthy and Costly Court Trials

In general, the Eastern Caribbean Supreme Court (ECSC) is clogged up with many hundreds of civil cases which seem to take an eternity to reach closure. Grenada’s High Court, being part of this regional court system is no exception. In some instances civil matters take over five years to reach finality and the costs which are awarded against the losing party could be quite high. The reasons for the long delays in having a final trial in civil cases include the fact that compared with say, twenty years ago, people have become more litigious and that there are an insufficient number of judges being allocated to courts.

In 2003 however, a new avenue was opened to litigants that inevitably shortens the time span for dealing with civil matters and at the same time eases the burden of heavy costs being awarded against a losing party. This avenue is that of court connected mediation which procedure has no losers, but only winners. It is a flexible dispute resolution procedure in which a neutral third party, the mediator, facilitates negotiations between the parties to help them settle their disputes at very nominal fees.

This procedure was first introduced in St. Lucia as a Pilot Project by Practice Direction No.2 of 2002. Following the success of this Project the practice was given the green light in all civil actions filed in the Eastern Caribbean Supreme Court (ECSC) as from 1 December 2003. This was authorised by the Chief Justice of the Court by Practice Direction No 1 of 2003. Since then court connected mediation received wide usage throughout the Eastern Caribbean States.

It must be noted however, that the Practice Direction does not provide for court connected mediation in family proceedings, insolvency, non-contentious probate proceedings, proceedings when the High Court is acting as a prize Court and any other proceedings in the Supreme Court instituted under any enactment, in so far as rules made under that enactment regulate those proceedings.

Part 25.1 (h) of the ECSC Civil Procedure Rules of 2000 provides that the court must actively manage cases by encouraging the parties to use any appropriate form of dispute resolution including, in particular, mediation, if the Court considers it appropriate. The Court is also encouraged to facilitate the use of such procedures, and hence the publication of Practice Direction No. 1of 2003. At any stage in the proceedings, a Master or Judge may make an Order referring any civil action filed in the Court to mediation. The parties themselves may by consent notify the Court that they wish to have their case referred to mediation and in such a situation, the Master or Judge makes a referral order. The parties then have the joint responsibility of selecting a Mediator from a roster of trained Mediators but if they cannot agree upon a mutually acceptable Mediator, a Master or Judge can make an order appointing a Mediator from the official Roster.

The Practice Direction provides for a Mediation Co-ordinator who has the responsibility of scheduling mediation sessions at an appointed place and time. Parties are required to submit a copy of the Statement of Case to the Mediator at least 7 days prior to the mediation session. Before the session takes place, parties, including their lawyers, are also required to sign a Confidentiality Agreement in which they agree that statements made and documents produced in a mediation session and not otherwise discoverable are not subject to disclosure through discovery or any other process and are not admissible into evidence for any purpose, including impeaching credibility. The notes, records and recollections of the Mediator conducting the session are also confidential and protected from disclosure for all purposes. Moreover, at no time must any party summons, subpoena or call the Mediator as a witness to testify as to the fact of the mediation or as to any oral or written communication made at any stage of the mediation.

After a mediation session or sessions have been held, if parties have come to a resolution of their dispute, their agreement would then be put in the form of a Court Order for implementation. If they do not agree on a resolution, then the case would be returned for Case Management and ultimately Court trial.

Mediation sessions have proven to be a release valve for many persons who have had disputes with relatives and friends especially. In those sessions numerous misunderstandings amongst parties are cleared up and as a consequence opportunities for resolutions to be obtained are opened up.

Based upon the distinct advantages which can be had, it is highly recommended that disputing parties in civil cases opt for mediation rather than lengthy and costly court trials.

NOW Grenada is not responsible for the opinions, statements or media content presented by contributors. In case of abuse, click here to report.
Tags: courtecsclawlawrence josephmediationsupremetrial
Next Post 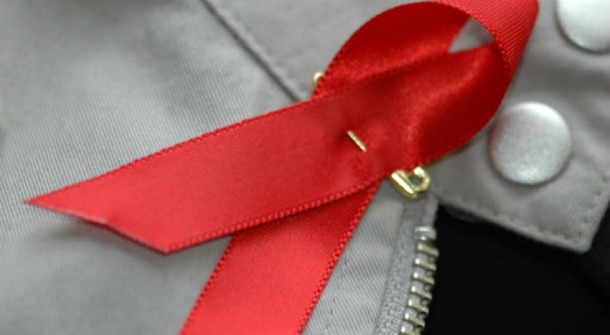