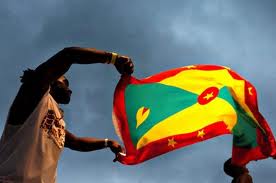 Here is a ‘meaningful critique’ on the National Address by the Prime Minister of Grenada which was delivered on Wednesday, 30 October 2013. This highlights only one of the many issues of concern from the Address and seeks clarifications in the spirit of True National Inclusiveness For Development.

It is very sad, unfortunate and embarrassing to define or to give the impression that Grenada’s Home Grown Programme is about a ‘time of Shared Sacrifices’. Or, is the Programme about being proud to accept the indictment of Grenada’s failed system of Governance and false sense of Independence after almost forty years!

If it is imperative to undertake a Home Grown Programme within the context of what is been promoted, then not only must there be a ‘holistic and thorough’ approach but there must be ‘honesty and genuineness’ in the process. The population must be clear on everything, micros and macros as well as generalities and details, without any doubts and undercurrents. Quite often Economic and Financial discussions are muddled with statistical figures to convey particular messages to various sectors and institutions especially those internationally, and with ignorance and deceit to the local people.

As concluded, the focus of the Home Grown Programme is to ‘close the financing gap or financing shortfall’ towards improving the national economy and the standard of living of the citizens. It is all about revenue collections and public expenditures and about the Gross Domestic Product which reflects the ratio of imports to exports, as relates to financial transactions in the nation. Moreover, indeed it is about Fiscal Management which as have been long-time established and constantly proven and reminded, Government cannot do well, especially when the Administration is preoccupied with Partisan Politics.

The Prime Minister’s address declares that monies collected by the Government are used for four main areas in the State; that is, for salaries and pensions, for payment of public debts, for public sector capital and social projects and for public sector productive investments. The Address informs that seventy cents (70%) of every dollar collected is spent on salaries and pensions with the remaining thirty cents (30%) spent on debt repayment and thus having no monies for the two remaining areas; and this position is consistent with the various consultations surrounding the Budget in recent times.

The question which the average Grenadian who has to go through the pains from the Home Grown Programme, needs to and must ask Prime Minister Keith Mitchell and his Administration is: What runs the public services sector, including the Security, in the State? This area speaks for example to the cost associated with the general administration, utilities and resources, and routine facility maintenance in the Bureaucracy. Is it to be accepted that this cost is part of the accumulating total public debt of the nation? But, who is footing the bills for such ‘current expenditure’ in the meantime and under what conditions? Is the Government also saying that the subscription contributions and/or membership fees to regional and international organizations and arrangements are not paid from the Consolidated Fund, but that concessionary terms have been met otherwise?

The nation needs to know all of the other sources of funding that the Government has access to but whose monies would not have been incorporated into the Consolidated Fund and therefore are not reflected as part of the Fiscal Accounts of the nation. It would be instructive to know particularly how official grants and loans are classified and accounted for!

It seems that the nation is not really faced with “financial imbalances” but more pointedly it is faced with ‘financial inaccuracies’. The time is therefore now for example, to have a better appreciation and observance of the constitutionally-derived provision of the Public Accounts Committee and to ensure that the population is being presented and satisfied with an accompanying audited Accounts Statement to the yearly National Budget.

A crisis does not necessarily call for ‘blind and hasty sacrifices’ but for ‘informed and cautious decisions’ with solutions for stability to be followed by sustainability. In fact, it is pertinent at this stage for the nation to have already understood the rationales for the three year period of the Home Grown Programme, the scope of the Programme and the mechanism for the operations of the Programme. Considerations must also be made for ‘extraneous factors’ which would drastically shock the average Grenadian during the period.

The situation in Grenada is that, it is a ‘real struggle’ for the survival of every individual person and “to put Grenada first”, which is very ‘patriotic and virtuous’, is asking a-lot at this time especially when there is no records and guarantees of “shared benefits” in the nation.

J. K. Roberts is not an Economist nor has authority on National Financial Issues.   He is a ‘premature retiree’ of the Public Service of Grenada, an author of two books (“Into The 21st Century”, 1995 and “Management Practices in The Public Service of Grenada”, 2011) and the founder of a civil society organisation called National Initiative for Prolific Policies (NIPP, Grenada. Inc) well over a decade and a half now.