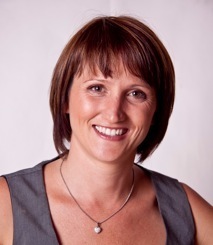 Magali Bongrand–Henry, a French and Grenadian citizen, has been appointed at the head of the Alliance Française de la Grenade.

The French learning and cultural centre, which has been active in Grenada since 1953, has always been a busy centre of the Grenadian social agenda and is recognised as the best French language learning centre. With the arrival of a new director, we can expect to see a lot more activities coming from The Villa, the Alliance’s head office in St George’s, in 2014.

Mrs. Bongrand–Henry, who has resided in Grenada for the past 3 years, promises to implement a busy cultural agenda: “We have already received several proposals from the French Embassy in St Lucia, including music concerts, theatre, art exhibitions and more” She says. “We also have our own initiatives, from French movie nights to wine tasting, The Villa will be vibrant in 2014!”

The Alliance Française has been best known for its French language classes. It will continue to hold classes for children, teenagers and adults, as well as the CSEC students support classes. In 2014, they will add conversational classes from foreign French speakers at different venues as well as English language classes. “The mandate of the Alliance Française is to teach French and as the local language, it means that, in Grenada, it is natural for us to provide English language classes for visiting foreigners. We will also assess the interest amongst Grenadian to take Patois classes”, says Mrs. Bongrand-Henry.

The Alliance is about to inaugurate its Learner’s Library, a new space within its existing library that provides easy-to-read content for learners within a comfortable environment, and a computer with access to subscriptions to all French magazines online as well as TV and music content.

The library, which contains over 2,000 French books, the learner’s library and the online media are available to all members of the Alliance Française.

NOW Grenada is not responsible for the opinions, statements or media content presented by contributors. In case of abuse, click here to report.
Tags: alliance francaisefrenchlanguagelibrarypatois
Next Post

Grief and When to Get Help