Now We Have The Budget — What Next?

Now We Have The Budget — What Next?

The Budget of Incomes and Expenditures for 2014 has now been passed through Parliament in the Lower House where there is no opposition, and was due to be debated in the Senate on the 20 December where there is some opposition.

Its passage in the Upper House or Senate is a foregone conclusion — because the Government controls the Majority in that House.

But despite the inevitable result in the Senate, the opposition members were complaining before the debate — that they were not given copies of the Budget document until a day or so before the sitting on the 20th.

It meant therefore, that those members had very little time to study the contents and prepare themselves for the debate.

I fail to see or understand why the controllers behaved that way — because no matter the level of objections or criticisms the opposition senators will raise, the end result will be the same because the Government controls the majority there as well.

So that by the time this is published the 2014 Budget will have passed through Parliament and is the law for 2014.

But the much bigger question — and the major hurdle for the P.M. and his team of Ministers in the New Year — is how are they going to bring the various issues and programs provided for in the Budget, into operation to achieve its success.

As for the tax increases, except for those in relation to the persons earning five thousand dollars and over per month, I cannot see the ones pertaining to houses and land where the owners are unemployed, succeeding.

And I fail to see how the Budget provisions will help in providing jobs, for the thousands of our folks who are not working and have no other means of earning a living — like crops producing lands.

The many hundreds of thousands allocated to the various Ministries, for providing the many Government operations for the fiscal year 2014 — all sound very impressive and in the majority of cases may all be very necessary, for the good and welfare of the people in general.

But the billion dollars question remains hanging in mid-air and that is where will those thousands be coming from to balance the Budget.

I saw and heard statements from the P.M. and one or two other Government Ministers — that so many jobs have been provided and building operations started since the new Government regained power in February this year by winning all the fifteen seats in Parliament.

No one making those claims has even attempted to give examples of where those jobs have been provided. The one building and hotel development mentioned in passing is the Sandals hotel in the south of the Island.

But concrete evidence that this development was entered into and started during the reign of the NDC Government — has been provided since.

A whole lot of workers — who were employed during the control of Government by the NDC — have been sent home for one reason or another by the new controllers, and from all accounts coming through the grapevine not even all those vacancies have been filled.

So the claim that so many jobs have been provided since the February victory, cannot be substantiated by credible evidence.

Now the promise is — that three hotel developments are waiting and ready to come on stream and provide thousands of jobs.

But as so many chaps are putting it to me in passing — they heard all those claims before the elections, they believed the speakers hence the clean-sweep victory in February — but so far nothing has happened and all they hearing nowadays are more promises.

I have no direct response to those claims — except to say maybe some things could change for the better come 2014, although many things could still get worse before beginning to get any better.

The season thus far has been very quiet, except for the tourist ships that have been visiting every week and the tourists making the island tour — so at least the buses and coaches are doing some business.

As for the business places and sales to-date, things have been very quiet because the cash is just not there for spending — and by the looks of the scenario I cannot see any improvement anytime soon.

I saw an article on Caribbean News Now by someone using the name “Grenadian Class,” in which he was claiming that the group of mainstream Politicians have failed the people, and the people of the Tri- Island State are demanding that the Governor-General Dame Cécile La Grenade must appoint the businessman Sir Royston Hopkin as an Interim Prime Minister, to replace Dr.Keith Mitchell for a period of three years from 1 January 2014.

The writer did not say where such authority would be coming from to enable the G.G. to act as such.

The idea sounds so crazy that I cannot understand how he could have even thought of it — never mind actually putting it in writing for publication.

He did mention that the G.G. is already facing a High Court action for dismissing the Supervisor of Elections Ms. Judy Benoit — so maybe he also realises that the goodly lady would be a regular court attendant if she took his advice to replace the Prime Minister.

So many strange happenings are taking place in these isles that anything is possible.

To the many readers of this article, Season’s Greetings and the very best for the New Year.

NOW Grenada is not responsible for the opinions, statements or media content presented by contributors. In case of abuse, click here to report.
Tags: 2014budgeteconomyemploymenthotellaw & politicslloyd noelparliamentpoliticssandalstourism
Next Post 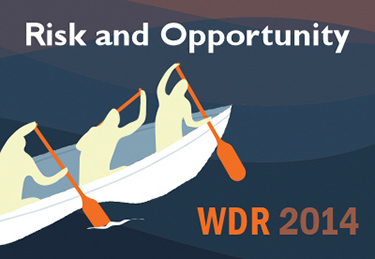