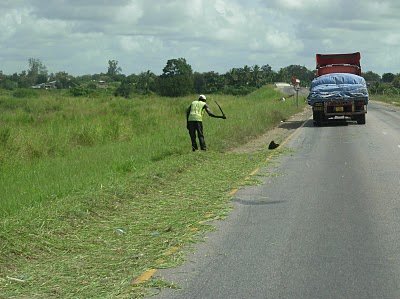 Prime Minister Dr Keith Mitchell has described those who are calling for Government to stop the seasonal debushing and other social programmes as “mean and selfish” and not understanding the role that Government is playing by establishing the programmes.

Farmers representative in the Upper House of Parliament, Senator Keith Clouden is among those who in recent times have called for Government to abolish some of the social programmes, in particular the seasonal road work for cleaning and clearing grass on the side of the roads. Clouden recently described the seasonal jobs which provide temporary work for more than 2,000 persons during a six week period as a “waste of Government funds.’

However, in presenting the 2014 budget on Tuesday, Prime Minister said that if there is wastage anywhere in Government, it must addressed, but the voices taking issue with the social programmes are noticeably silent on waste and fraud due to abuse of concessions or sick leave due to general malaise or high levels of absenteeism, or for that matter the government estates which are costing the State more than they are earning.

“My concern is that these attacks on our social programmes are not really about waste. Instead, they are about the less fortunate taking bread from the more fortunate. To put it bluntly, those who have some, must get more, and those who have nothing, must get nothing. Is that social justice? Absolutely not,” he said.

“Interestingly, those making these calls are employed and doing much better than those in the debushing programme. What is more, many of them making these calls are benefitting from the resources of the State either as employees or in the case of the private sector, as beneficiaries of tax concessions,” he said.

“Mr. Speaker, the people who make these calls are working all year compared to the debushers who get two fortnights a year to help them put food on the table and have some Christmas cheer. Have we become so mean and selfish that we cannot find it in our hearts to help these people? Does Government exist only to satisfy the needs of those who already have?” he asked. 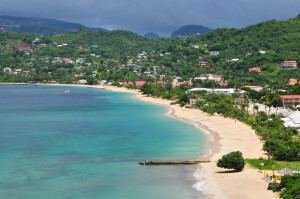