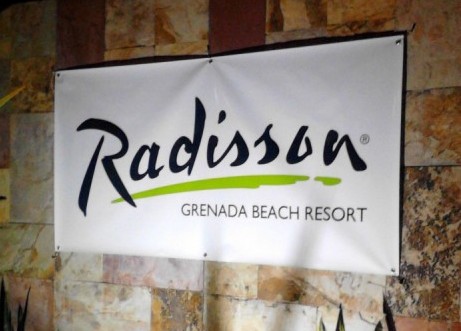 Tourism minister, Alexandria Otway-Noel believes that the Radisson hotel Brand entrance to Grenada hotel accommodation sector will have a positive impact on the tourism industry as tourism stakeholders and Government put structures in place to increase stay-over visitors to the island.

“Radisson has a big following, it’s a brand that is known for its excellent service and through its membership rewards programme with individuals and companies, I am sure that Grenada will benefit from its wide and extensive collection,” she said.

‘This brand will do us well, as through its club members we will tap into a pool of people who can come to Grenada which will not only be reflective on our visitor arrival but impact on the hotel itself as well as those other stakeholders who provides services directly and indirectly to hotel,” she said.

16 December 2013 marked the official commencement of the Radisson brand in Grenada. It was not a new property on Grand Anse Beach but a change in management and branding of what was formerly called the Grenada Grand Beach Resort and Convention Centre.

Daniel Nicholas said that the brand change is being done in two phases and the first phase involves converting the entire property into Radisson standards. “For example, the rooms are totally different to what they used to be, from design, decoration, furniture, just about everything, they are now reflective of the brand standards,” he said.

Though phase one is only 60% complete, more than EC$10 million was sent to upgrade the property. “During phase two, more money, lots more money will be spent as we will be constructing more than 100 rooms, thereby adding to our room stock and at the same time increasing our room stock on the island,” he said.

Otway-Noel who had a tour of the upgraded facility said she is very pleased with what she has seen. “It’s the appropriate step taken by the management of the hotel as its raising awareness about quality service to the staff, and as you know service counts in this business. Excellence speaks for itself and that is what those in the sector have to always bear in mind. Quality is what will build this industry.”

The Commissioning of the Radisson brand in Grenada took the form of a welcome reception which was attended by tourism stakeholders. Present Government officials included Ministers Alvin DaBreo, Anthony Boatswain and Otway-Noel; Senators Winston Garraway and Sheldon Scott, as well as Acting Cabinet Secretary Nordica McIntyre and other Permanent Secretaries.

Business representative in the Upper House of Parliament, Senator Christopher DeAllie was also among the invited guests who reflected a wide cross from the business community, including those who supply goods and services to the hotel.

There were also former government officials including Tillman Thomas and others members of his cabinet.

NOW Grenada is not responsible for the opinions, statements or media content presented by contributors. In case of abuse, click here to report.
Tags: developmenthotellinda strakerradissontourism
Next Post

A Budget Of Nearly One Billion