This story was posted 7 years ago
in General News
5 min. read 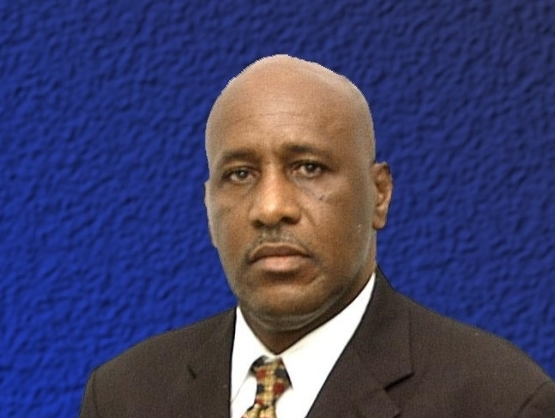 Perhaps it is natural for a strong and resilient organisation to breed strong and resilient people. Maybe it’s the other way around and people of indomitable spirit create strong organisations. Either way the company of Geo. F. Huggins & Co. (G’da) Limited and recently retired Director responsible for the Pharmaceutical Division, Charles Hood, seem a perfect match. Could be then that strong people and strong organisations are naturally drawn together?

While Huggins has been a breeding ground for many persons who became outstanding citizens in one field or the other, the Company has over the years of its existence attracted many persons who came equipped with their own special abilities, expertise and backgrounds in excellence and performance.

Affectionately called Charlie by the many people acquainted with him, Hood has retired after 34 years with the company; a long career marked by dedication, commitment, innovation, by his own admission a bit of radicalism and unorthodoxy; and forming lasting and valuable relationships.

Charlie fondly recalls his entry into Huggins as the opening up of a whole new world where he was able to explore his potential and put his creative spirit to work.

He says at Huggins he learned to focus on the areas where he was required to perform and to stick with deadlines; to find ways to make things work in the face of formidable external competition.

However, by the time Charlie got to Huggins 34 years ago, adversity and challenges were nothing new to him.

He describes himself as being born and bred in the ghetto, growing up with his mother and seven siblings in a one bedroom house, having to confront daily challenges of domestic inconvenience, peer pressure and having to make do with very little. He did his homework under the light of a public street lamp.

‘The mind makes the difference’, Charlie declares and his mind was shaped by a strong resilient woman who through all the challenges remained a positive thinker and taught strong values to her children. She instilled in her offspring love for self and for the people around them, hard work and contentment with what they had.

Even so, the young Charlie had to deal with his own set of adolescent challenges and admits he didn’t always make the right decision. A student of the Wesley Hall Primary School he recalled being very good at Mathematics and English but dropped out of school for two years after failing – unfairly in his mind – a major exam. However he returned at the urging of the then principal to complete his School Leaving exams.

Like all his brothers before and after him, Charlie took a keen interest in sports. This commitment to sports he says was pioneered by his eldest brother who was the driving force behind the Honved Sports Club, at the time arguably the most outstanding sports club in Grenada.

His brother’s skill as a cook also ensured that their yard was always filled with the youth of the area making fish broths and other delicacies. This made Charlie’s yard a hub of activity where lots of things were organized including sporting competitions.

The resulting development of organizational skills would allow the young man to organize and manage one of the longest running and most attractive football competitions in the seventies and eighties, the Old Trafford Football Competition in Tanteen. Lots of eventually outstanding footballers began their careers there.

He pioneered the sponsorship of football teams by business entities. Prior to that, teams had to find a way to procure their own uniforms and balls.

The desire to win and the discipline needed to play competitive sport would serve Charlie well in his career where he had to overcome some daunting odds as well.

When Charlie joined Huggins on June 3, 1979 as a salesman in the Pharmaceutical Department he began by beating the odds. The successful applicant needed a driver’s license, which he didn’t have; he had no experience in sales and no knowledge of pharmaceuticals. He got the job anyway.

Huggins Pharmaceuticals was at the time small and at the bottom of the ladder in that sector of business. He was the only male in the division with two female fellow employees. This automatically meant he had to do all of the heavy lifting and carrying.

After five years as salesman Charlie became Manager of the Department. He selected service as his strategy to gain the edge in the market.

The new Manager introduced same-day delivery rather than clients having to wait a week for delivery, as well as a number of other innovative measures

It wasn’t long before Huggins shifted from last to number two in the sector and the Company became the first choice for international companies seeking a distributor in Grenada and still is today.

Charlie believes it is the hand of God that brought him to Huggins and he fell in love with the company immediately. He believed then and believes now in giving everything and utilizing whatever resources you have available to get the job done.

In his previous employment where Charlie had spent 10 years, he engaged in multi tasking with very heavy workloads and very little reward. With Huggins it was different. One is expected to perform at the job they were contracted to do but they are recognized and rewarded for their performance.

Charlie admits to being an unconventional person who didn’t always work by the rules but got the job done. Over his 34 years with the country’s leading local company he has developed good relationships with everyone in every department.

An easy-going, soft-spoken person who always seemed to be in total control emotionally, he dealt with everyone equally. With his unflustered attitude he brought a feeling of calm to those around him, which of course made for greater productivity.

He retains his wry sense of humor, which he says he got from his mother along with a strong belief in God and the confidence that things will always work out.

Charlie also met his wife at Huggins; they have a 31-year-old son, (also a Huggins employee) and an 18-year-old daughter.

As he bows out, Charlie has no regrets for the years he spent with Huggins. He has learned a lot, gained immense experience and formed valuable relationships that will last for the rest of his life.

He has used his innovativeness and quick learning to double the Division monthly income and became Director of the Company in 2007; from now on Charlie will be spending a lot of time on the beach. If we envy you Charlie we will do so secretly.

The Chief Executive Officer, Mr. George Menezes, the Board of Directors, Management team and the staff of Geo. F. Huggins thank Charlie for his valuable friendship and contribution to the Company, and wish him the very best in his retirement.