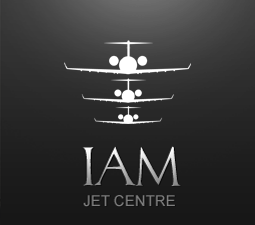 Paul Worrell, Managing Director of the Barbados based IAM Jet Centre, has confirmed that his company is the one which the Grenada Government has signed a Memorandum of Understanding with to establish a Private Terminal at the Maurice Bishop International Airport.

The Private Terminal which will be located in unused space within the airport building, will be operational by the end of January 2014, and will be providing its services for all person or group of persons using a private jet to enter the country.

Describing Grenada as an emerging destination for high end travellers, Worrell said that the Jet Centre will be providing a service that will see faster and quicker processing by customs and immigration official for those arriving via private jets.

“Our clients will be going through the normal entry requirements for any visitors. The difference is that those on the private jets are paying for a special service that will see them entering through the private terminal,” he said.

In her contributions to the 2014 Budget debate, Tourism minister Alexandria Otway–Noel told the House of Representatives that Government had signed a ten year agreement with a company to open the private terminal.

IAM Jet Centre is expected to pay the Grenada Airports Authority US$45,000 per year to operate the private terminal. Besides working directly with the private jets, the Jet Centre will also be offering its service to premium passengers of Virgin and British Airways.

Grenada will be third branch of the Jet Centre which already has operations in Jamaica and Barbados. Worrell said that following the Grenada opening, his company will be opening a fourth operation in the British Virgin Islands.

NOW Grenada is not responsible for the opinions, statements or media content presented by contributors. In case of abuse, click here to report.
Tags: airportjetlinda strakerluxurymbiaprivateterminaltourism
Next Post