We are just about one month from the end of the first year of the NNP total control of the government — and in that period we would also be celebrating our fortieth year as an independent state in the British Commonwealth of Nations.

And in that historic period, despite our tiny-tot state as an independent nation worldwide, we have been in the world headline news for all manner of dramatic political happenings, more than a whole lot of many major nations across the globe.

How that state of affairs have affected us as a people after all those years, is a matter of differing opinions – depending on which side of the political fence those involved, or the lookers-on, were standing on.

Of course it did not all happen, because of our own independent actions and omissions – and the events that resulted therefrom, is loaded with dramatic involvement from nearby and far and wide across the globe — but it is all now just history.

And here we are less than a month before that historic date, and nearly as close to that other February date of one year, since those in control won all the seats in our Parliament for the second time in our Independence history — and all just history.

But that clean-sweep victory was not by sheer luck alone — but because the winners made a whole lot of promises, and gave the voters all manner of assurances, that the doors to better days ahead and full-scale employment for those in need were just around the corner, after 19 February 2013. But the doors remain all bolted down. Instead, the voters and others have been presented with an increased taxation Budget for 2014 and beyond — and from all the ole talk coming through the political grape-vine inside “The House,” the promises of all those jobs from overseas investors seem destined to remain just that — mere promises.

And especially for those who actually voted for the “House” rather than the “Heart” — it must be very, very disappointing and discouraging. And to make bad matters even worse, in the current circumstances surrounding some of the government MPs — must be all the news flashes about those MPs’ big Salaries and allowances from the government itself and outside employment.

In one or two constituencies, the story is that the people hardly ever see their MPs — who are otherwise engaged elsewhere.

Those MPs are not attached to any ministry as such, so they merely attend Parliament when the Lower House meets monthly or whenever, and that is their duty fulfilled.

The government wage bill for staff of one kind or another is said to be way above normal — so that some staff may have to be sent home from some ministries.

As for the daily paid workers in the roads maintenance and debushing sector — these have been off work before Xmas and things seem at a standstill thus far.

These are the same people who may very well have houses, and whose taxes for property are about to be doubled — so unless some relief is forthcoming much sooner than later, the future outlook for those families seems grim.

What is left to be seen, is how those in control will deal with the owners of houses who are not working and have no other means of earning a living.

Whatever method is utilized for dealing with homeowners who are unemployed and cannot meet their tax payments — it will not be easy for many families across the nation, and due consideration must be giving to the needy.

The situation looks bleak as far as the economic conditions are concerned and the job position is no better — so that where we going into this New Year is anybody’s guesswork.

So far the controllers are very quiet on the employment provision aspect, and the three hotels that were on stream to begin operations in the New Year seem to be on hold for later in the Year — so the waiting and hoping continues.

Within the government public service departments, there are rumours and fears that some public servants could be sent home in the coming months, to help in reducing the very high salaries monthly bills — and make some more funds available to reduce the heavy debt burden now facing the controllers.

The increased taxation Budget must have been designed to help in that reduction process — but unless a lot more people can find employment to meet the new increased taxes, the exercise will not succeed.

The current economic and critical unemployment conditions facing the government controllers and the people of our Tri-Island state are very burdensome and will need tremendous efforts and relief to see us through the years ahead.

NOW Grenada is not responsible for the opinions, statements or media content presented by contributors. In case of abuse, click here to report.
Tags: 2014budgeteconomyemploymenthotelincomeinvestmentlaw & politicslloyd noelpoliticstaxtourism
Next Post 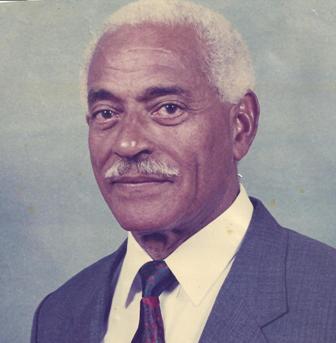