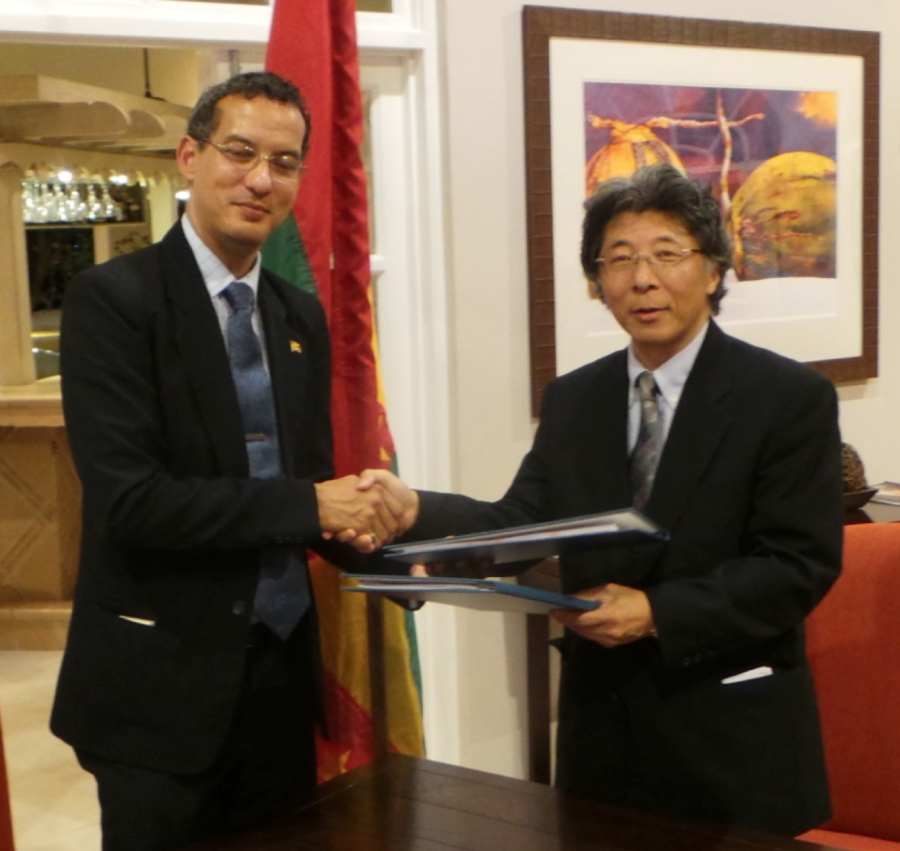 On Thursday, 6 February 2014, Minister for Foreign Affairs and International Business of Grenada, Honourable Nickolas Steele, signed an Agreement with His Excellency Yoshimasa Tezuka, Ambassador of Japan to Grenada, in the amount of two million United States Dollars for the Provision of Industrial Products to the Government of Grenada.

The two million US Dollars Grant Aid is to be used to procure industrial products from Japanese companies. The list of products range from schools supplies, vocational training material, health supplies, social welfare supplies to vehicles and other heavy duty equipment.

In signing the Agreement the Japanese Ambassador, His Excellency Yoshimasa Tezuka, indicated that the aim of this particular cooperation program is geared towards assisting both the Japanese manufacturing companies affected by the tsunami in 2011 and the Government of Grenada in providing equipment and supplies to various Ministries and Departments.

This Agreement, therefore serves to benefit both countries in a real and tangible way.

The Minister assured the Ambassador that his Ministry will work with the other Government Ministries and Departments in finalizing the list as soon as possible to ensure that the aid is utilized according to the Agreement.

GIS
NOW Grenada is not responsible for the opinions, statements or media content presented by contributors. In case of abuse, click here to report.
Next Post