Deputy Prime Minister and Minister for Legal Affairs Elvin Nimrod has disclosed that Government will be amending the Electronic Crimes Bill which criminalises the sending of offensive and annoying messages to someone using an electronic format such as social media and email.

“Let me allay the fears of those who think the Government will not do the amendment,” Nimrod announced during the weekly post cabinet briefing on Tuesday morning. Explaining that Government has listened to the concerns of stakeholders, especially media workers who feel that a specific section of the legislation constrain freedom of expression, and by extension freedom of the press.

The Electronic Crimes Bill is one of five electronic legislations which were approved in June 2013 as part of the OECS Electronic Government for Regional Integration Project (EGRIP) aimed at supporting various elements of the project, which includes the implementation of major e-government solutions, the Tax Electronic Filing System, the first regional Pharmaceutical E-procurement system, and the first regional Multi-Purpose Identification System.

The EGRIP Project comprised two phases: (1) focus on cross-sectoral e-government issues, as well as specific applications in the public finance area, and an e-government in-health pilot project; and (2) To deepen the assistance provided under Phase 1, while expanding the programmes to cover other sectors such as, tourism, agriculture, health and education.

The project which closes in February 2014, offers countries E-government as an enabler to transform the public sector, significantly changing the relationship with citizens and businesses.

However, section six of the legislation which became law as of 3 October 2013 has become the centre of controversy with the international, regional and local press freedom advocacy groups, calling for it to be removed.

Section six says (1) A person shall not knowingly or without lawful excuse or justification send by means of an electronic system or an electronic device:

(a) information that is grossly offensive or has a menacing character;

(b) information which he or she knows to be false, but for the purpose of causing annoyance, inconvenience, danger, obstruction, insult, injury, criminal intimidation, enmity, hatred or ill will, persistently by making use of such electronic system  or a electronic device; or

(c) electronic mail or an electronic message for the purpose of causing annoyance or inconvenience or to deceive or to mislead the addressee or recipient about the origin of such messages.

(2) For the purpose of this section, the term “electronic mail” or “electronic message” means a message or information created or transmitted or received on an electronic system or electronic device including attachments in text, images, audio, video and any other electronic record which may be transmitted with the message.

Any person who contravenes subsection (1) commits an offence and is liable on summary conviction to a fine not exceeding one hundred thousand dollars or to a term of imprisonment not exceeding one year or to both.

A date is not yet set for the February monthly sitting of the House of Representatives.

NOW Grenada is not responsible for the opinions, statements or media content presented by contributors. In case of abuse, click here to report.
Tags: amendmentcrimeelectronicfreedomparliamentpress
Next Post 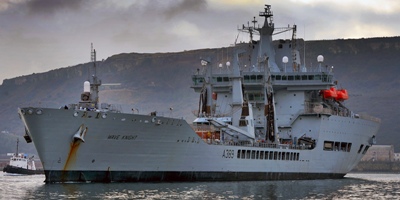