Anniversaries are normally a time for celebration, and when an anniversary happens to be a national affair, that celebration should be marked with such significance that memories of it should not fade with the sunset.

As I think back about the concluding events of the 40th anniversary of independence, I cannot help but thin — was this really the best we had to offer to mark our “ruby” milestone?

I am still left with positive and fond memories of the Silver or 25th anniversary of independence celebrations, when the theme was “celebrating silver and reach for gold”. It was an atmosphere of togetherness as Grenadians celebrated us “moving out from the comfort of the motherland” to an uncertain future where challenges abound and happiness continues to be the chief pursuit.

Public Relations Officer for the National Celebrations Committee Shirma Wells said that planning began since May 2013, but since the launch of the “clock” and all the activities preceding the grand finale of independence celebrations, all activities were of a standard that fell at 4 on a scale of 1–10. These negative views were openly expressed, and on the final radio programme the panel continuously kept pointing fingers, and it was excuses, excuses, excuses. I am sure that if all was well achieved, those who are now blaming others would gladly accept the praise.

I am one who believes that food can always be cooked without salt but not without water. I just cannot understand why a “countdown clock” was unveiled at Fort George and only visible at night.

A visitor to the island seeing this number overlooking the city should not have had to ask what this number represents, but should be reading an explanatory note. In this day and age of technology, I would hate to believe that the organisers and sponsors of the “clock” did not realise that the main duty of a clock is to confirm the time of the day.

Then that motorcade? Did we really have to spend scarce financial resources on a motorcade to get people into a hype for independence celebrations? By now, every Grenadian knows that 7 February is Independence Day; we did not need a reminder.

There is the constant cry for money as there was a small budget of EC$300,000 and so I ask why a motorcade with less than 100 vehicles, none of them airing a recorded Public Service Announcement as it went through communities, informing villagers to be at the stadium for an event to remember on Independence Day.

What they should have seen on that day, besides the top class military parade, was something special, like:  the paratroopers for friendly nations landing; a helicopter fly pass with the big 40th written in the sky or floating behind; a simple thing as a toast to Grenada during the rally, and culturally it should have been a whole day affair displaying our top 40 cultural acts, awarding of 40 honourees using the National Honour and Awards legislation, and other things that were innovative and cost little.

We say “respect the nutmeg”, but not a single nutmeg farmer was among the NCC honourees. Fishing is as important to our export market, but not one fisherman was honoured. What about a craft maker, a tourist vendor, a taxi driver, and list of those simple but important people I can continue to mention.

The National Celebrations Committee seems to have taken on an attitude of profit-making as its ultimate goal, and therefore saw the need to get directly into merchandising, and organising a gala that EC$150 truly separated the haves and the have-nots.

State celebrations required collaborative efforts with the private sector, and from all indications either the chief negotiators for the NCC did not have the tact required to get the private sector onboard, or they kept it as a club membership event. Having trademarked the logo for 40th anniversary, which I hope was done, I think the best thing was to charge any company or corporation a user fee for use of the logo.

I said a “club membership event”, as it appears that someone or a grouping of persons was trying to prove to another group that “I can do this better than you”. But guess what — sorry to say your bubble ain’t even rise, much less for it to burst.

If I continue to write, I know that it will turn into an essay, and so my final words to the members of the NCC — there is need for all of us as Grenadians to “restore our hope” that national celebrations will reflect national, and not colour-based on political allegiance.

NOW Grenada is not responsible for the opinions, statements or media content presented by contributors. In case of abuse, click here to report.
Tags: celebrationgalaindependencelinda strakernationalnccruby
Next Post 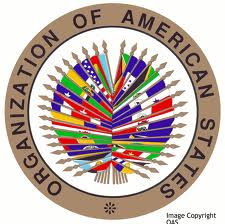