Cyber Security and a single Caricom ICT space has being identified by Prime Minister Dr. Keith Mitchell as among five areas that Caricom  member countries need to invest in order for them to enhance their ability to compete on the global stage.

Dr. Mitchell, who holds responsibility for ICT in Caricom, says the five broad areas could also translate into job creation in the region. “Of course at the lowest denominator this must translate to job creation for a significant larger percentage of our citizens which ultimately will lead to a prosperous society with corresponding consequences of crime reduction and allow our citizens to live meaningful lives,” Dr. Mitchell told the meeting.

“At the member state level, this requirement is well understood and there is sufficient evidence to support that leaders have positioned ICT as a development priority for their country,” he said while explaining that high cost of broadband connectivity and the lack of funding for capital investment and lack of appropriate skills as barriers to ICT success in the region.

Dr. Mitchell also believes that limited encouragement of Public/Private/Partnership, the slow pace of harmonising and adoption of policies and legislation for use of ICT and high debt-to-GDP ratios are factors that must be considered if Caricom was the serious make long term sustainable gains to develop the region through ICT.

“We observe that there exists intrinsic barriers to ICT infusion and adoption in countries referred to as Small Island Developing States (SIDS),” Prime Minister Mitchell told the Caricom intercessional meeting.

“It would be terribly remiss if we do not amplify the ICT barriers as having equal, if not more urgency, than the environmental, economic and social vulnerabilities already identified and articulated for discussion”.

In an effort to combat barriers, Dr. Mitchell has called on Caricom to come together to develop appropriate Regional strategies such as the Regional Digital Development Strategy.

NOW Grenada is not responsible for the opinions, statements or media content presented by contributors. In case of abuse, click here to report.
Tags: caribbeancaricomcyberictmeetingsecurity
Next Post 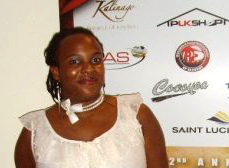