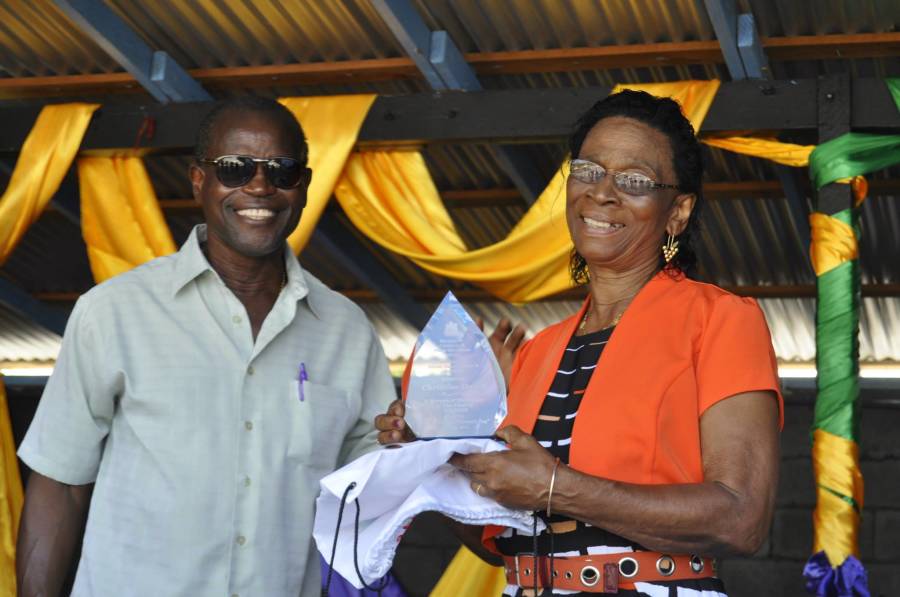 They are Evelyn Bartholomew for her contribution to Agriculture, Adelaide Mills for Development of Business; Bridget Logan for Community Development and Culture, Christine David for Education and Culture, Roslyn Lambert for Education, and Vernilia Noel as the “One to Watch” for business development.

The recognition in the form of a plaque from the Ministry of Social Development and the Grenada National Organisation of Women and gift items from the business community was the highlight of the International Women’s Day celebration which was held in Carriacou for the first time.

Taking the form of an exhibition and rally, the day’s event was held at the Hillsborough Tennis and the Community Centre. Social Development Permanent Secretary Elizabeth Henry–Greenidge in delivering the Minister’s remark told the gathering that Women should not see themselves as competing with men as they all strive for equality but they should see the goal of equality as a partnership.

“Working for equality should not be seen as a competition, but as a partnership,” she said as she spoke on the theme for the celebration which was “Inspiring Change: Equality for women is progress for all.”

Minister for Carriacou and Petite Martinique Affairs Elvin Nimrod in his remarks called on women to support each other as research has shown that sometimes women are their own greatest enemy. Pointing out that women are vulnerable and susceptible to various forms of ills, Nimrod who is also the Minister for Legal Affairs told the women: “stand up for what is right!”

In her keynote address retired school Principal Christine David called on women to embrace change and don’t allow setbacks to stop them from achieving. “Drop the useless struggle and take off… women embrace change,” he said.

Besides the displaying of craft and agro processing item done by women, the exhibition also included a booth display from the Grenada Planned Parenthood Association which focused on sexual reproductive health education. The Celebration concluded with cultural performances.

NOW Grenada is not responsible for the opinions, statements or media content presented by contributors. In case of abuse, click here to report.
Tags: carriacouinternationaliwdwomen
Next Post