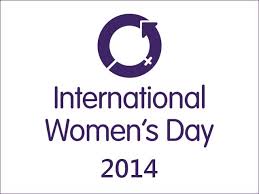 This story was posted 8 years ago
in Community
2 min. read

A rally and exhibition on 8 March at the Hillsborough Tennis Court will be the main activity by the Ministry of Social Development in conjunction with the Grenada National Organization of Women (GNOW) to observe International Women’s Day 2014.

Elaine Henry McQueen at the Ministry of Social Development said that the decision to take the celebration to Carriacou is based on the fact that the ministry has held IWD celebrations in every parish with the exception of Carriacou.

“We have take the celebration to every parish. In some cases some parish has had it twice or more times since we start celebrating IWD, so this year we will heading to Carriacou for the main gathering of women,” she explained.

As part of the rally, the GNOW will be running its exhibition which focuses on Gender Based Violence. Lorice Pascal, Project Officer of GNOW said that there two organisations in Carriacou who are members of GNOW, and while the office will be mounting the exhibition it will be the responsibility of its members to maintain it for while.

“The exhibition will be on display for a while and our members there will be responsibility for maintaining it presence so that persons will understand the negative impact of gender based violence,” she said.

Permanent Secretary in the Ministry of Carriacou and Petite Martinique Affairs Mrs Gertrude Niles will deliver the keynote address which will be based on the theme of the day’s observance. McQueen said the theme is “Inspiring Change: Equality for women is progress for all.”

“Women’s equality has made positive gains but the world is still unequal. International Women’s Day celebrates the social, political and economic achievements of women while focusing world attention on areas requiring further action,” she said.

Besides the collaboration between the Ministry and GNOW other organisations such as the women’s arm of political parties and Trade Union are organising activities to observe the day in Grenada.

NOW Grenada is not responsible for the opinions, statements or media content presented by contributors. In case of abuse, click here to report.
Tags: carriacouiwdlinda straker
Next Post

Visitor to Prison Caught With Marijuana