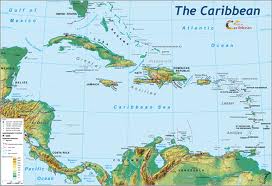 The Grenada Government owes approximately EC$6 million to the Regional Security System (RSS), most of which are the accrued arrears from the previous administration.

This information was conveyed to Prime Minister Dr. Keith Mitchell during a meeting of the Regional Security System (RSS) held in Barbados on Friday, 7 March.

At the meeting, the main item on the agenda was the financing of the RSS moving forward, given its importance to governance in the Caribbean.

Prime Minister Mitchell was informed that while Grenada had enjoyed the benefits of the RSS during the previous four and a half years, no payment was made by the Tillman Thomas administration to access those benefits.

As a consequence, Government now owes the RSS approximately EC$6 million, after having paid a fraction soon after assuming office in 2013.

Prime Minister Mitchell, in apologising for the huge debt owed, expressed disbelief that the previous government would have totally neglected to pay for such an important service during their entire time in leadership of our country; yet still benefited from the services.

In a conciliatory message that recognised the importance of the RSS to the region, Prime Minister Mitchell expressed his government’s willingness to examine ways to meet the responsibility to the RSS.

The Prime Minister requested that the debt be spread over a longer period, at a re-configured rate, the details of which will be worked out with the Ministry of Finance, after the signing of the Letter of Intent with the International Monetary Fund for Grenada’s Homegrown Structural Adjustment Program.

On assuming office a year ago, the Mitchell administration found that the country was also indebted to a number of regional and international organisations, including Caricom, OECS, UWI, the Caribbean Development Bank and the World Bank.

Also participating in the recent RSS meeting in Barbados were fellow Heads, Prime Minister Ralph Gonsalves of St. Vincent and the Grenadines, and Prime Minister Freundel Stewart of Barbados, along with representative Ministers from other regional countries.

NOW Grenada is not responsible for the opinions, statements or media content presented by contributors. In case of abuse, click here to report.
Tags: caribbeancaricomdebtrsssecurity
Next Post