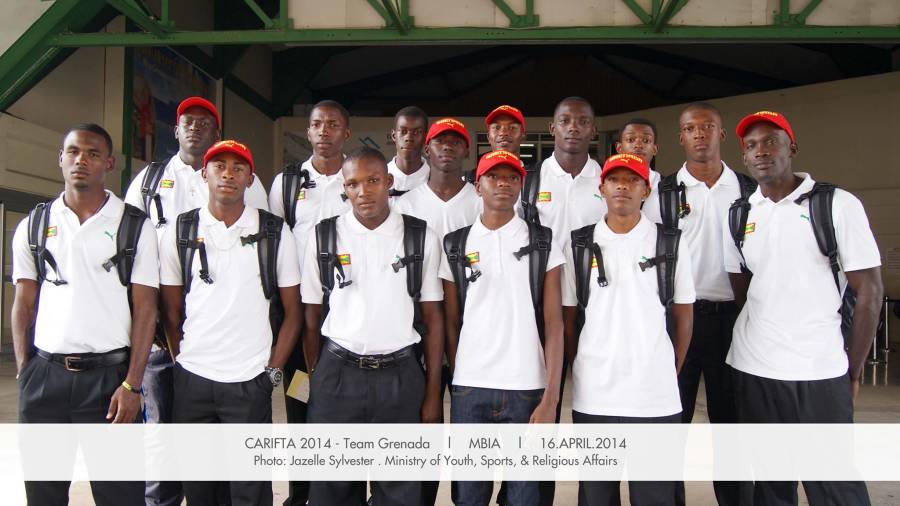 Coach of the 2014 Grenada CARIFTA Team, Paul Phillip, is expecting great outcomes from the team’s performances at the CARIFTA Games.

Parliamentary Secretary in the Ministry of Carriacou and Petite Martinique Affairs, Senator Jester Emmons, congratulated both athletes on their performances at the recently concluded 2014 National Championship Games and Inter-col. He wished them success at the 2014 CARIFTA Games. Emmons noted that in Carriacou there are many athletes who are still waiting in the wings with the ability to become CARIFTA selectees and CARIFTA medalists.

The Martinique 2014 CARIFTA Games marks its 43rd year and is scheduled for 18-21 April at the Pierre Aliker Municipal Stadium.

NOW Grenada is not responsible for the opinions, statements or media content presented by contributors. In case of abuse, click here to report.
Tags: athleticscariftacarriacoumartiniqueteam
Next Post