The Special Envoys discussed Grenada’s experience on the Climate agenda and the Secretary General’s Summit on Climate Change scheduled for September 2014.‎ Mitchell described Grenada’s experience with climate change, including the devastating impacts of hurricanes Ivan and Emily. He emphasised the need for predictable, accessible and concessionary ‎funding for island states like Grenada. The prime minister described Grenada’s emphasis on building a new economy that is climate–smart and resilient.

The Special Envoys are building support for the Summit as a way of galvanising global political momentum toward a 2015 agreement on Climate Change. They expressed a desire to remain in close contact with the prime minister for ongoing discussions in the months ahead, with a view to highlighting Grenada’s experiences and its actions at the UN Secretary General’s Summit on Climate Change later this year.

NOW Grenada is not responsible for the opinions, statements or media content presented by contributors. In case of abuse, click here to report.
Tags: changeclimatedisasterenvironmentenvoypreparednesssummitun
Next Post 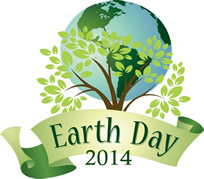