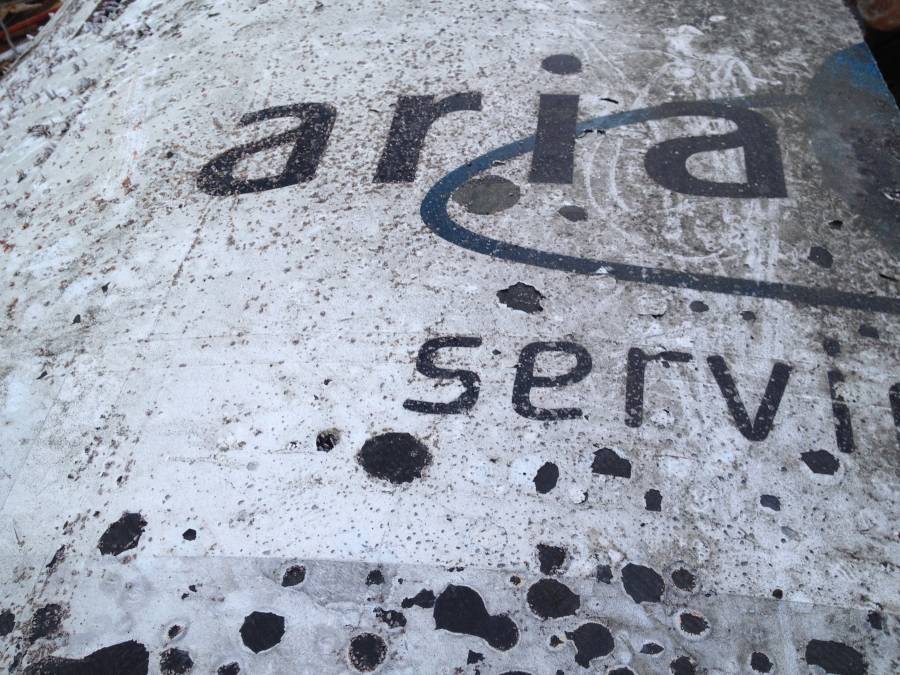 The Grenada Government has launched an investigation to identify what appears to be debris from an aircraft washed ashore on a beach in Carriacou.

Carriacou is a 13 miles islet that forms part of the state of Grenada and is the one of the most populated Grenadine islands. The debris, which bears the numbers 81KC.1120 – 0025M133C was observed floating in the water by local fishermen in the community of Windward.

“They saw the debris in the water and decided to pull it ashore. When they did, it looked like a piece of plane,” said Nikesha Noel who observed the retrieving of the debris.

Parliamentary Secretary for Information, Senator Winston Garraway said that the debris is in safekeeping with the Royal Grenada Police Force in Carriacou, and will be sent to Grenada. “In the meantime we are engaging the relevant and appropriate aviation and investigative authorities to help us identify the debris, with a view to solving the mystery of its appearance in our waters,” he said.

In 2006, two persons went missing following the disappearance of an aircraft between Bequia and St Vincent & the Grenadines. According to reports back then, the five-seater aircraft piloted by Dominic Gonsalves, left Canouan Island and disappeared while flying 1,100 feet above sea level.