In 2013, Grenada led the region in growth in Foreign Direct Investment (FDI), thanks to the Sandals surge. Can this positive performance be sustained?

The Economic Commission for Latin America and the Caribbean (ECLAC) has just released figures for foreign direct investment (FDI) to the region for calendar year 2013. FDI is a good indicator of the level of confidence that international investors place in a country – and its leaders. The reality is that for virtually all Caribbean economies; foreign investment is still the main driver of growth.

According to the data, Grenada isn’t doing too badly – in fact we’re doing quite well. Going back a few years to the heady days of 2007, when Grenada received US$172 million in FDI, we then had a five-year free-fall, when capital inflows shrank to just US$32.6 million in 2012.

However, things improved in 2013, when Grenada’s FDI inflows rose to US$78 million; a 139% increase over 2012. This is the highest rate of growth of all Caribbean nations included in the ECLAC survey. This jump in investment is due entirely to one project: Sandals. Now Sandals is finished, and there is no sign of any construction about to start on any other projects, so we can expect that 2014 will see Grenadian FDI inflows to fall back to its pre-Sandals levels; unless something very dramatic happens. Soon.

The government reports that several big tourism projects are in the pipeline; and indeed there is evidence of action bubbling underneath the surface. But project development and the securing of long-term financing in the Caribbean can be a notoriously lengthy process, so it is unlikely that 2014 will see any significant investment activity on the ground in Grenada.

But … how can this be? Sandals LaSource has 245 rooms, 12.6% of Grenada’s total room stock, and was closed for all of 2013. So if Sandals is full, then how bad must it be for the rest of Grenada’s hotels? We continually hear that Grenada had a bumper winter season; and yet, like the mirror, numbers don’t lie. At least for now; we are told the first quarter numbers are “provisional.”

Lord knows we could do with some new hotels. By my reckoning Grenada has a total of 1,944 hotel rooms of all categories – including mom and pop guest houses and cottages. The average size of a Grenadian hotel is all of 22.6 rooms. Compared to our neighbours this is miniscule, which is why Grenada has almost zero visibility in the tourist markets of Europe and North America. No wonder people have to sue their airlines for sending them to “the wrong Grenada!” Room stock equals airlift; equals presence in the market; equals visibility; equals more tourists; equals more room stock … Get the picture?

Looking beyond Grenada, we see a similar pattern for the rest of the OECS. Foreign investment to the OECS peaked at US$1.2 billion in 2007, falling to a low of US$0.48 billion in 2011. However it would seem that we have bottomed out, with a 15% increase in FDI into the OECS last year. Here’s hoping this is a sustained improvement. It needs to be, if the OECS is to reverse the trend towards marginalisation. Back in the heady days of 2006-2007, the OECS accounted for 18. 5% of all FDI into the Caribbean; in 2013 that share had sunk to 8.9%.

Saint Lucia has had the highest FDI inflows in the OECS, over the past 7 years, followed by Antigua and St Kitts. Grenada ranks 5th out of the 8 territories. One suspects that much of the investment in Antigua and St Vincent is accounted for by the international airport projects underway in both countries. I can see the need for Antigua to replace its cramped terminal building – but Saint Vincent is taking a huge financial gamble with the construction of Argyle International Airport. There are no sizeable hotels on the mainland, and as yet no long-haul airlines have signed up to use the new airport, scheduled to open next year at a reported cost of over US$300 million.

St Kitts has consistently attracted large investment flows; partly fuelled by new hotel construction, partly by their Citizenship by Investment (CBI) programme. However, this does have its dark side; in May 2014 the US Financial Crimes Enforcement Network (FinCEN) warned US banks against dealing with individuals holding passports from St Kitts. Grenada has recently re-launched its own CBI programme – will the government do a better job in monitoring to whom they hand out passports (diplomatic to boot) than they did the last time? Or will Grenadians once again feel the weight of international opprobrium? 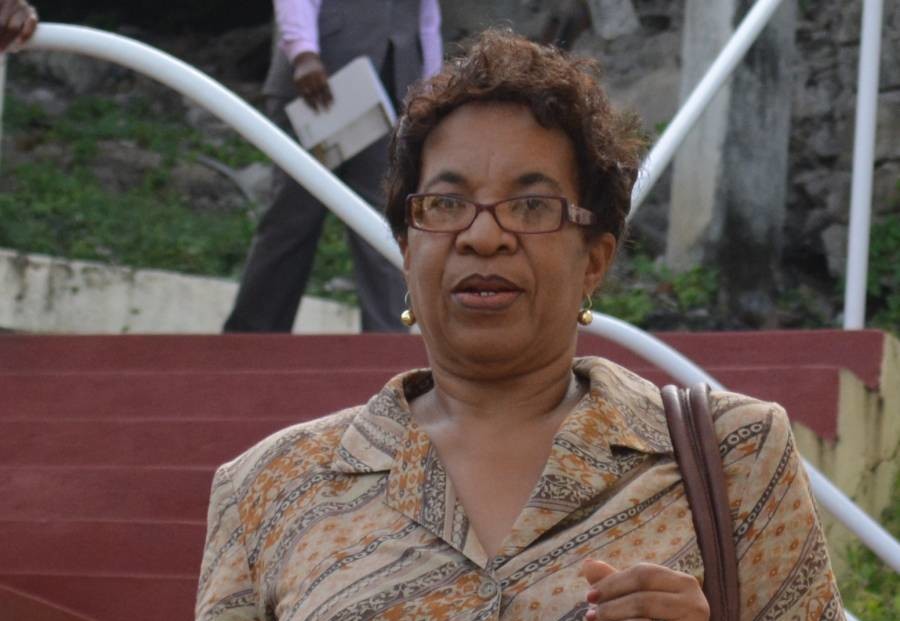