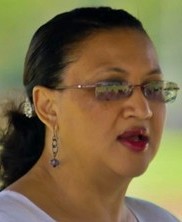 Caribbean representatives are expected to ensure that their re-energised voices and concerns of Caribbean civil society resonate globally around holistic sustainable development approaches to inform the post 2015 development goals, in preparation for the UN Conference on Small Island Development States to be held in Samoa, in September 2014. Issues to be addressed include climate change, food security, disaster, technical assistance, social justice, the mainstreaming of gender equality, and determining the vulnerability indices of vulnerable groups.

This UN Meeting has been described as a “critical milestone which will lay the groundwork for a once in a decade opportunity, to reinvigorate the attention of member states around the issues of Small Island Development States.”

The State of Grenada is represented by Ambassador to the UN, Dr Dennis Antoine.