This story was posted 8 years ago
in OPINION/COMMENTARY, Watersports
3 min. read Jared Gehman was set to graduate about 10 days ago. Gehman was the Pennsylvania teen who drowned while snorkeling in clear, calm water on Grand Anse beach on 8 May, a day after he arrived with his senior class to do Christian mission work.

Phil Saye, an emergency first response instructor and owner of Dive Grenada, arrived on scene near Mt Cinnamon hotel about 20 minutes after Jared drowned. He took charge and performed resuscitation techniques for about 40 minutes, but with no response. That incident was a wake-up call for Saye and for the businesses on Grand Anse beach. As a result, beach hotels Mt Cinnamon, Flamboyant and Spice Island Inn have formed a partnership with Saye/Dive Grenada.

The partnership involves staff training, access to a 100% oxygen tank, emergency life support equipment, and Saye’s experience and expertise, should a similar situation arise. Mt Cinnamon’s beach staff  has already benefitted from Saye’s CPR instruction. Eventually it is hoped that all the Grand Anse area hotels will be put under this umbrella group.

To supplement the public ambulance service, and/or when there are no ambulances available, the group plans to use their own transport to take persons to the General Hospital. It is alleged the ambulance took 40 minutes to arrive on scene at the drowning, in part due to the driver’s diligence to preserve the integrity of the new vehicle. It is not clear why the rickshaw ambulance housed at within-walking-distance South St George Police Station was not pressed into service, as several were donated by the United Arab Emirates (UAE) last September to add to the local ambulance stock.

Grenada’s schoolchildren are soon to be let out for two months of holiday events, many of which will occur near a body of water. A general lack of understanding about what happens to the human body in a body of water, the bathers’ inability to swim, and, in the event of a person in distress, would-be rescuers’ lack of basic emergency life support techniques, all contribute to drownings and near drownings.

The initiative of Saye et al, following Gehman’s tragedy, should galvanise all social groups, especially those with large memberships, to contact the Grenada Amateur Swimming Association, as well as Dive Grenada, the Grenada Red Cross or the St Johns Ambulance Brigade, for group instruction. It makes sense that any group scheduling an event near water, should have a first responder present. Ideally, some of the group’s members should be certified in first aid and emergency life support, and be prepared to assist, in the event that someone gets into difficulty.

In the public interest, the ministries of Education, Health, Youth, Sports and Religious Affairs, should collaboratively promote, if not insist, that learning how to swim and the basics of first aid and emergency response, be made part of the national curriculum.

Swimming and first aid are not the exclusive domain of Brownies, Guides and Scouts earning badges.

NOW Grenada is not responsible for the opinions, statements or media content presented by contributors. In case of abuse, click here to report.
Tags: aidcprcurriculumdive grenadadrownnationalswimming
Next Post 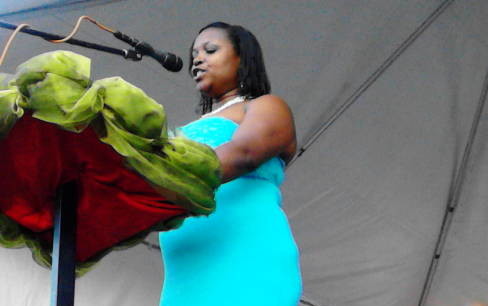