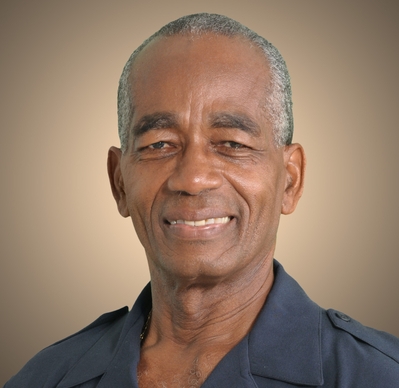 A press release from the Committee for Human Rights in Grenada (CHRG UK), states that former PRG Minister, Selwyn Strachan, has scored an historic legal victory in United Kingdom court.

The High Court in the United Kingdom has ruled that notwithstanding his recorded convictions for the tragic deaths of Prime Minister Maurice Bishop and others on October 19th, 1983, Selwyn Strachan, former PRG Minister of National Mobilisation, possesses the requisite character and suitability to be admitted as a Solicitor to the legal profession. In the appeal matter of Selwyn Strachan vs Solicitors Regulation Authority (SRA), the presiding High Court Judge stated the following, “…the conclusion of the SRA that the appellant does not satisfy the Suitability Test is flawed and cannot be relied upon to support an argument against waiver of the requirement of student enrolment.”

In this landmark judgement delivered on June 23rd, 2014, Justice Charles, having already allowed Strachan’s appeal at end of the Hearing on February 11th, 2014, held that the SRA, the independent regulatory body of the Law Society of England and Wales, was wrong to refuse to grant Strachan the right to pursue the Legal Practice Course (LPC) in the United Kingdom, so as to pave the way for his admission as an Attorney-at-Law in the jurisdiction of Grenada.

In this regard, Justice Charles made it clear that if the SRA had not indicated its agreement during the hearing to abide by a waiver of the relevant regulation, he would have directed them to issue a certificate of enrolment to Strachan as that “would have been the only route open to me to ensure that the appellant was able to undergo the training that would enable him to seek and obtain authorisation from the Grenadian authorities to act as an attorney at law in Grenada.”

Further, the learned judge opined, “…in my view such an enrolment would likely to enhance rather than damage the reputation of the profession and its regulator the SRA in England and Wales in the exceptional circumstances of this case which clearly include the possibility that the appellant’s convictions did not accord with a proper application of the rule of law.” In the judge’s view, “the SRA in its decision making process and so through the Committee erred in principle and acted unfairly in reaching the Decision.”

Thus, in paragraph 59 of his judgement, Justice Charles was particularly forthright. He summarised the factual position vis a vis the trial and convictions of the Grenada 17 in this manner, “The fundamental error made by the Committee and the SRA is a failure to appreciate and take into account that the political background to the convictions and the manner in which they were obtained is an integral part of the circumstances that make this case exceptional…. Factors within those circumstances are: political tensions; the allegations of torture of defendants; the court was unconstitutional; the jury was chosen by a person who had acted for the prosecution; the jury behaved in ways that demonstrated bias or a severe risk of bias (and the allegations on which this is based came from apparently reliable sources); the Defence Counsel withdrew on the basis set out in the Amnesty International Report; there is strong evidence that the key prosecution witness gave conflicting statements that were kept from the court and defendants; the view of the former US Attorney General who observed the trial was as set out in the passage I have cited from the Amnesty international Report.”

In his concluding remarks, Justice Charles made the following telling and instructive comment, “I am sorry to have to record that in my view the approach taken by SRA through its decision making process lacked humanity having regard to the factual history put before them…”

NB: Readers interested in reading the judgement and Amnesty International Report should contact Alan Scott, the secretary of the Committee for Human Rights in Grenada (CHRG), at [email protected]