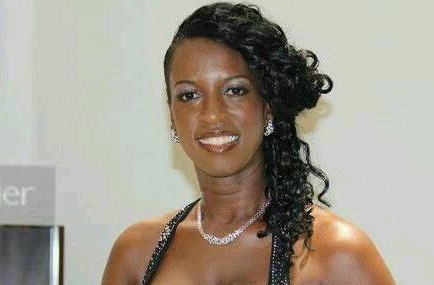 To some she is new to singing calypso, but to the media fraternity she is actually the longest reigning Media Monarch. For 2014 she performed in the preliminary rounds, and for the second time in her singing career, got selected to compete in the semi-final round of the National Calypso Competition.

Janice Augustine did not make it the first time to the final stage, but she is hopeful that her performance for Sunday night will provide her the opportunity to be among the finalists competing for the 2014 National Calypso Monarch title.

A member of the Kingdom Calypso Tent, Janice is one of the 18 calypsonians who were selected to the semi-final round of the competition to be held on Sunday 27 July at the Grenville Bus Terminal grounds. Written by herself and others writers, her renditions “No Political Commentary” and “Don’t Deliver Me” are social/political commentaries based Grenada’s current political situation since election 2013.

“Verne DeRoache and I partnered and wrote the songs, and I am preparing to deliver them to the best of my ability because those other guys will be coming good and I want to be better,” said the radio announcer/broadcaster who also has experience as an MC on stage for cultural events, including the National Soca Monarch.

Augustine is one of three women who made it to the semi-final stage. The other two are Shanda and Superstar from Carriacou. The list also includes Ajamu and Scholar – who both won the national monarch title 7 times – and Darkie, a veteran calypsonian who represented Grenada in the ‘70s and placed second the Caribbean Calypso Competition. The others are Sour Serpent, Mr X, Sheldon Douglas, Randy Issac, Otis, Big J, Smallies, Teacher Eddie, Rootsman Kelly, Papa Jerry, Innocent, Croquetor and Leftist who jointly shares the 2014 Carriacou monarch title with Shanda. Prince is the stand by. The show is scheduled to begin at 5pm.