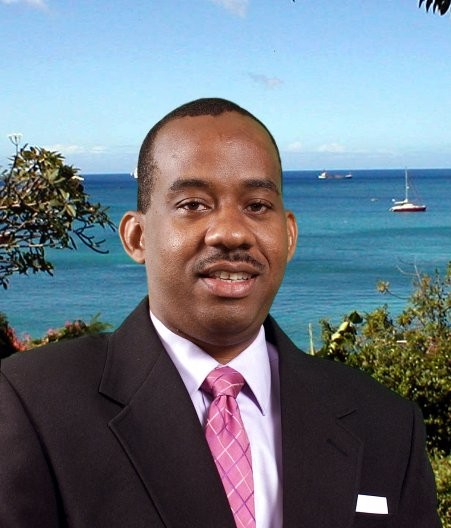 In only a few short weeks, the main Spicemas events will take place over the period 7–12 August. This year, one of the noteworthy and eagerly anticipated highlights is the revival of the calypso tent which was traditionally, a main feature of Grenada’s carnival.

Calypso can be traced back to African ‘Kaiso’ and the arrival of French planters and slaves to the Caribbean in the 1600s. As it grew in popularity, it soon became the social voice of the people and therefore played an important role in political expression.

Upon returning to the Spice Isle, Edson Mitchell whose sobriquet is ‘King Ajamu’ – a lover of music and practicing calypsonian for over thirty one years – had the visionary idea to return the calypso tent to its former grandeur. With the support of a host of artistes such as Smallies, Inspector, Randy Isaac, Keturah George, Muscles, Otis and many more, the LIME King Man Calypso Tent, opened its doors in June with an average of three shows per week. On Friday 18and Saturday 19 July, the Tent held its second ‘judging’, at La Sagesse.

The Tent has received commendable support from calypsonians island-wide and seen an increasing turnout since its opening. Edson ‘Ajamu’ Mitchell, founder of the Tent, thanked the calypsonians for their unwavering support and participation at each event and commented on his involvement in this admirable venture, “I love the art form. I have been in calypso for 31 years and have a comprehensive working knowledge of the Tent, which has been dying for many years not only in Grenada, but across the Caribbean. This is the culture of our people. I often ask “what are we leaving for our children and grandchildren?” So I decided to do something about it. The support from all the artistes has been truly commendable.”

Although based in La Sagesse, St David since its opening, the Tent has also been held at other locations including Spice Basket, St George, and Deluxe Cinema in Grenville, with plans for shows in Sauteurs and Carriacou. Taking their plans a step further, Ajamu along with artiste Kelvin ‘Otis’ Celestine, will host the Kingmen Kids Fun Day and Show on Sunday 3 August at the La Sagesse playing field in St David. This music fest and fun-filled event will cater to the entire family, with attractions such as game stalls, a bouncing castle, and face painting with the days’ event culminating in a calypso and soca show.

Netherlands Insurance, a long-time friend of Ajamu, and patrons of the arts, stepped up to the plate to undertake sponsorship of both events, making a considerable investment in its success. Netherlands Insurance’s Managing Director, Richard Strachan, commended Ajamu and his fellow calypsonians for their enterprising initiative in promoting the revival of this threatened art form. “I applaud the efforts of Ajamu and the many supporting calysonians for their vision and drive to preserve this important aspect of our culture. It is equally reassuring to see that our investment in this initiative is also benefiting the wider community through the introduction of younger artistes to the art form whilst also exposing youth to calypso through the fun day.”

Appreciation for Calypso/Kaiso whilst diminished over the years, remains a rare, yet delightful treat for persons who treasure this art form. Only a few weeks ago on 5 July, the tenth anniversary of the annual ‘Hubbard’s Legends in Concert’ was held at the Grenada Trade Centre. The show, which enjoys historical partnership by Netherlands Insurance, featured renowned artistes from Grenada and further afield, and backed by the “Legends” band, including Smokey, The Trade Winds, Winston SoSo and the David Rudder. The turnout for the concert was just remarkable and a testament to the potential for the revival of calypso in Grenada.

“It will take some time before we realise the major turnout as in previous years, but we remain very hopeful that the public will engage and regain interest in this lost tradition, as they experience the enjoyment from the superb quality and production of the shows,” said Ajamu.