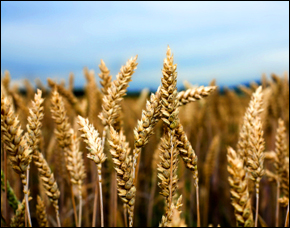 Grenada’s food supplies can be affected by Russia-Ukraine conflict. Grenada and other countries in the Americas including the United States of America stand to experience increased prices and/or shortage in food supplies, as a result of the conflict between Russia and Ukraine.

According to a report produced by the Inter-American Institute for Cooperation on Agriculture (IICA), pressure on staple grain supplies would push prices up in the international market.

The Director General of the inter-American agency, Víctor M Villalobos, issued the warning to the Ministers of Agriculture of IICA’s 34 member countries on 30 June.

Any reduction in the wheat and corn exports of Russia and Ukraine, two of the world’s biggest cereal producers and exporters, would affect the availability of grains in global markets and trigger rises in international prices.

However, IICA adds, the increase in international prices has so far been small and short-term. During the conflict, ports in the Ukraine and Crimea, through which the vast majority of grain is exported to world markets, have continued operating normally.

The effects on the countries of the Americas of a reduction in grain supplies in the world market, or an increase in prices, would vary depending on a number of factors, including the duration of the conflict, the size of existing inventories and the productive and commercial structure of each country. According to the IICA report, wheat contribution to Grenada’s National Diet is 15.31% and corn contribution is 1.63%.

According to Villalobos, countries that import large quantities of grains would be under more pressure to meet the domestic demand, while wheat and corn exporters could benefit from higher international prices.

IICA recommended that its member countries closely monitor market signals and review their import and export strategies for wheat and corn.

Importing nations would have to ensure that any fluctuations do not affect their food security, while exporters could take advantage of the opportunity to obtain better prices for their harvests in international markets.

The Black Sea region accounts for a large proportion of global wheat and corn supplies, as Russia and Ukraine are two of the world’s biggest producers and exporters.

Between January and April 2014, wheat prices rose by 18% and corn prices by 12%. In the case of wheat, it was the largest increase since mid-2012. The two countries contribute nearly 13% and 14% of world corn and wheat exports, respectively. Hence, any situation that affects their production or marketing capacity is bound to have an impact on international agricultural markets.

The Opposite of Orange: Unmasked Emotions