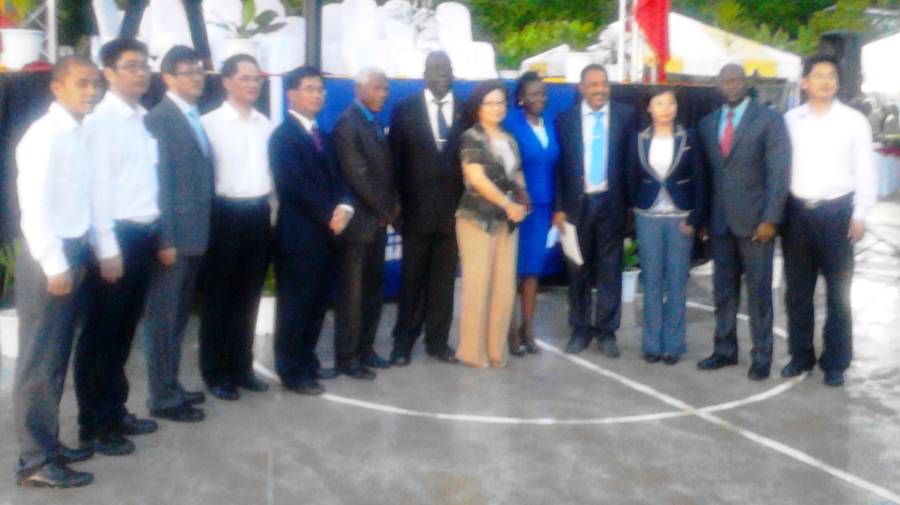 “A lion has been tamed,” was the assurance from Parliamentarian Representative Clarice Modeste to residents who lives close to the Great River, in St Marks when officials from China Harbour Engineering Company Ltd along with government, held a closing ceremony to officially bring to an end the St Mark Flood Mitigation project.

“I grew up not far from the river and every rainy season we worried about it bursting its banks. This river which can be so gentle now can turn into a roaring lion with the right amount of rain, but you will no longer have to worry about that,” Modeste said about the river, the source of which is the watershed area of St Mark. Describing the river as a lion is not an understatement to the residents, as it is known for flooding its banks during the rainy season, claiming lives and destroying houses in rural communities that are in some cases, extremely close to the river bank.

Modeste serves as Health and Social Security Minister. She said that flood mitigation project is a priority needed for the safety for the community. The construction, costing US$5 million was completed and handed over almost one month before the scheduled completion time. It will protect the community from the effects of dangerous flooding. The launch of the project in 2013 was the first for then new Chinese Ambassador Her Excellency, Ou Bo Quian.

In her remarks the ambassador said that her government was very pleased to be associated with the project which involved dredging certain parts of the river, building river defenses and placing of steps so that residences can continue to use the river for traditional practice such as washing. “You don’t have to worry about the river suffering you again, its feet and hands are tied up,” she said.

Prime Minister Dr Keith Mitchell said, “This is a very happy day. We are launching a very significant project for the development of Grenada, Carriacou and Petite Martinique. I want to extend a special thanks to our friends at China Harbour. With Grenada working along with China and the US, together we can’t go wrong.”

In the past, torrential rains and mudslides caused much devastation in the parish of St Mark, many of which resulted in the destruction of homes and more importantly the loss of lives. In an attempt to combat this problem, the government took the decision to contract China Harbour Engineering Company (CHEC) Americas to implement the St Mark Flood Mitigation project in 2013. Steps to better access the river were laid and clearly marked swimming basins/areas were put in place to further cater to the needs of the community.

“In the Caribbean you never know when a hurricane can hit especially in the season between June and November,” remarked Jeff Wang, Country Manager of CHEC Grenada. “With this in mind our team has been working especially hard to complete this project before the peak of the hurricane season, as this area is particularly prone to floods and damage caused by soil erosion.”

The project employed nearly 100 people – 90% of whom were Grenadians from the immediate surroundings. During the project life CHEC Americas built barriers to control the river, and showed its commitment to further enhancing the community through a number of social outreach programmes, one of which is a basketball court which was granted to the Bonaire Government School to celebrate the completion of the project. Since CHEC began its operations in Grenada, it has been engaged in several corporate social responsibility initiatives, including the donation of school supplies, clean up campaigns, and the sponsorship of cricket in Carriacou.

Frank Yuan, Deputy General Manager of CHEC Americas thanked the government and the people of Grenada for their support, while reassuring attendees that CHEC would continue to contribute its best services to the country: “At CHEC Americas, we strive to stand by our core business values which can be best characterised with four words – integrity, dedication, inclusion and innovation. As such, we are deeply rooted in our commitment to maximising the utilisation of local resources and expertise in all our operations.”

The St Mark project is the first of a series of infrastructure development government works which are planned to be implemented by CHEC Americas. The company has already completed its geotechnical studies on the Lauriston Airport in Carriacou, and work will soon begin on the expansion and refurbishing of the Maurice Bishop International Airport in St George. 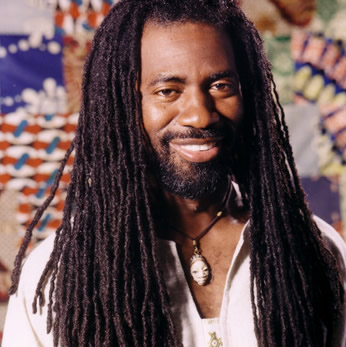