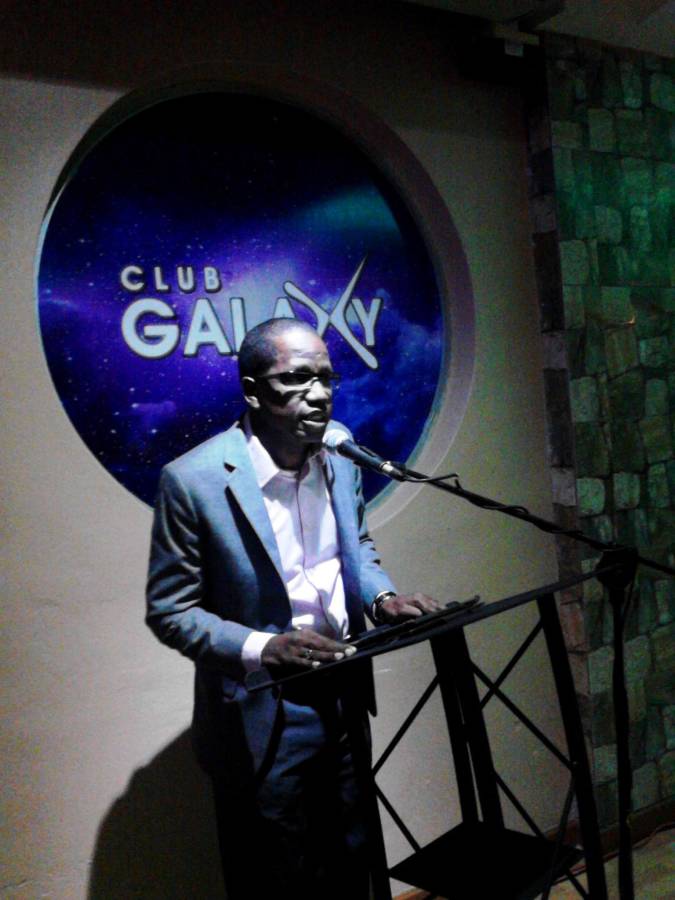 The new management of what was formerly Club Karma, is promising to maintain the facility to a standard that will live up to its slogan as the ‘premiere night club on the island’.

Called Club Galaxy, the night club overlooking the Carenage and the St George’s Harbour is now under the management of Megaforce Promotions. Manager Wayne “Waggy T” Redhead is a promoter who has single handedly changed the entertainment landscape in Grenada.

Described by Master of Ceremonies Oswald D’Arbeau as a young man with a very positive and energetic spirit who has taken lots of chances, Redhead is well known for venturing into both direct and indirect entertainment business such as bingo, concerts, talent search and sports.

“I decided to venture into the club business because of one simple phone call from a friend who was in Grenada on vacation, staying at Sandals and wanted a good place to hang out,” he told invited guests during last Friday’s official media launch.

“I thought about it and made a couple phone calls, when I finally spoke to the former owner. A decision was made and now you are here with a new look facility, and new management with a commitment to offer the best in nightlife ,” he promised.

Prime Minister Dr Keith Mitchell headed the guest list which also included Culture Minister Senator Brenda Hood, Parliament Secretary in the Ministry of Sport Senator Sheldon Scott, Chairman of the Grenada Tourism Authority Richard Strachan and his wife, as well as sponsors and others who have partnered with him in his various creativity initiatives over the years.

The venture was praised not only because it will create 26 new jobs, but mainly because it will fill a void that is in demand by the high end guests that are arriving in Grenada to enjoy their vacation at Sandals LaSource resort. “Guests who want to party away from the hotel, like my friend wanted to, now have the option to not only experience the entertainment at the hotel but also have the Galaxy experience,” said Redhead. He also gave the assurance that security to patrons will be priority.

Following the media launch last Friday, the Club’s first public event was held on Saturday night. Besides the weekend parties, the Club will be available for other activities such as weddings and other private events. Club membership will also be offered in the coming weeks.