We are coming up to eighteen months since that clean-sweep victory at the Polls in February last year —and those in dire need of the jobs and other promises, made by the winners to achieve that second total victory continue to wait in great expectations.

I have been out of the state on vacation in Canada for the past three weeks — and I met and had long discussions with many of our nationals now residing in that Country.

Their concern and interests, in the happenings taking place in their home-land and Tri-Island state, were very noticeable and frequently expressed by the many I met and spoken with.

Some of them get this article in Canada, so I wish to express my appreciation for their welcome and kindness during my visit.

I have been picking-up the news items in the few days since my return — and I have noticed the roads maintenance and de-bushing gangs back on the job in the past week, and heard this is the third week since those workers have been re-hired.

So at least that group — who have been waiting on some benefits, from the many reports of funds in the pipe-line from outside sources — they have started to get some positive results.

But from the grape-vine news coming through the various channels — there are a whole lot of unemployed men and women, with very pressing financial needs and family responsibilities, who are anxiously waiting and hoping that many more jobs and opportunities will soon become available.

There are some gossips making the rounds that those who have been working on the roads for the past three weeks or so — will not be paid their wages until after the Carnival celebrations next month.

And that scheme is intended to ensure, that those workers who have children due to start secondary school after Carnival — they will have funds available for school books and uniforms after the Carnival fetes.

The idea sounds good, but those workers have not been working for many months — so they must also have other food bills and house bills to settle, and these have to be paid to ensure further credits down the road — so the situation has to be very carefully handled to maintain their credits.

What all the above is indicating — as far as the many promises of much better days were coming after the Elections last year — must be that those were just nice-sounding ole talk to win the votes, but now cannot be fulfilled.

And now we have a whole lot of school-leavers, who finished school last month and joined the jobs-wanted queue — but with very little hope of finding any type of jobs anytime soon.

From that background it must mean that the economic outlook is rather grim, and some improvements are urgently needed to help in bringing about some relief.

Those in the driving seats who made all those fantastic promises of better days ahead, once the people voted them back in control of the nation’s affairs — they got even more than they canvassed for, with total control and not even one M.P. to oppose anything they propose, or put on the agenda for immediate action.

The many Ministers and Senators and other Gov’t officials, are all receiving their salaries and allowances for the jobs they are doing — but after almost eighteen months in those jobs, the result or benefits in the interests of the people who put them in those positions are not forthcoming.

And from all appearances and the absence of any reasonable explanations, or assurances of where and how we are heading by those in control — the people who put them there, based on their promises in the campaign, they are being seriously let down with no visible signs of any improvement anytime soon.

The situation is becoming intolerable — and some means must be found by the controllers in improve the conditions, or things could get out of control in many areas.

There are lots of ole talk and nice-sounding phrases, coming from the controllers in public forums — but nothing concrete is resulting from those exercises and things just continue to remain as they were before.

That state of affairs cannot be in the people’s interest — and better judgement must be exercised by the controllers to help in turning things around.

The emphasis nowadays seems to be on the subject of our Constitution Reform, and the date for voting to bring about the changes has been fixed for February 2015, the tenth thereof.

The biggest change required by those in control, is the break-away from the Privy Council in England — and our Tri-Island state becoming a Republic, with a President as Head of state in place of Her Majesty the Queen in the U.K.

In place of the Privy Council, we would be joining the Caribbean Court of Justice (CCJ) as our final Court of Appeal.

What Grenadians have to remember — is that once we make those changes and leave the Commonwealth, there is no return to that group.

As for the CCJ itself — only three of the states in the Caribbean are members thereof, and while the Privy Council costs us nothing as a court of Appeal, we will have to pay for membership of the CCJ and the judges thereof.

Leaving the Commonwealth of Nations and becoming a Republican state, is perhaps even bigger than when we moved from Colonial status to Independence — and our people have to think very deeply before they vote in favour of such a move.

I cannot see the advantages for us as a Republic but I could very well understand where the controllers are heading — with the provision of a President for life in place of the Queen as head of State.

The decision is up to us all as a people and we will have to live with the outcome.

NOW Grenada is not responsible for the opinions, statements or media content presented by contributors. In case of abuse, click here to report.
Tags: appealcarnivalccjconsitutitioncourteconomyelectionemploymentlloyd noelpoliticsreformschool
Next Post 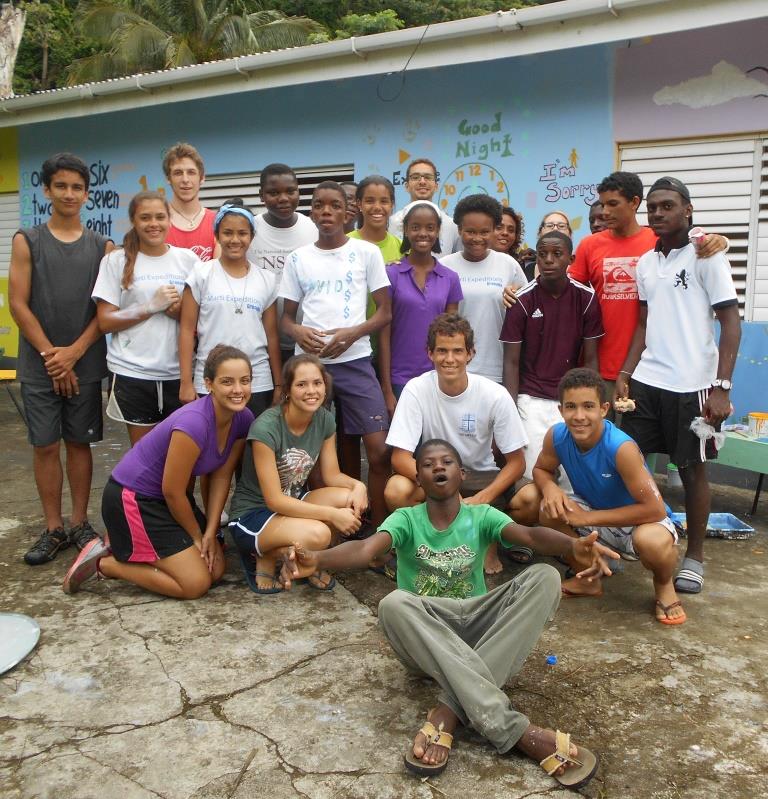