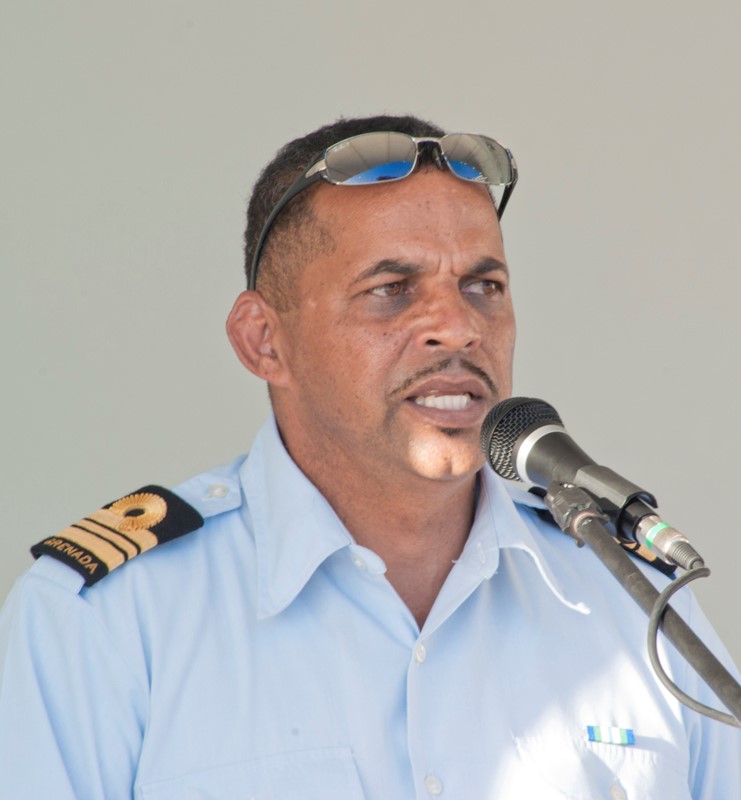 Grenada’s cruising community and marine stakeholders attended a specially arranged Q & A session with the Grenada Coastguard, at Prickly Bay Marina on 24 July.

The purpose of the initiative was outlined by the Managing Director of the Marina, Darren Turner. He stated, “The Grenada Coastguard is doing a great job and we are not fully convinced that the cruising community knows how and when to avail themselves of Coastguard services, or actually understand the high level of service the Coastguard is offering.”

In an effort to increase the cruising community’s awareness of the full range of services available to them, cruisers were invited to meet with members of the Coastguard’s regular and auxiliary team, in an informal setting to share information important to both parties. The meeting additionally allowed for the cruising community to get better acquainted with Coastguard personnel.

Coastguard Lieutenant Commander Griffith said in support of the initiative, “It’s vital that the gap between the Coastguard and the yachting community is bridged. The Grenada Coastguard would like all to be able to put names to faces, as we see this as one way to break down barriers, making us more approachable, whilst allowing both Coastguard and cruising community to work together for the overall good of all. Although our priority must remain ‘Search & Rescue’, we also see it as vitally important that both communities support each other whilst coming to a better understanding of each other’s challenges.”

During and after the meeting, cruisers were encouraged to speak with members of the coastguard in attendance. Cruisers were also reminded that the Coastguard are also police officers and can therefore enforce the law on behalf of the community.

Turner expressed his pleasure at the attendance and participation of those present at the meeting, and was happy also to welcome other stakeholders from the marine and tourism sectors.

Commander Griffiths brought to the attention of those present, the Coastguard’s efforts to have ‘Vigilant’, a vessel donated to them, brought to a state of seaworthiness. The cost for repairs was $3000. This was achieved at the meeting, with attendees donating $753.35 and Prickly Bay Marina donating a cheque to the Coastguard for $2246.65, to meet the shortfall.

NOW Grenada is not responsible for the opinions, statements or media content presented by contributors. In case of abuse, click here to report.
Tags: coastguardcruisingmarineyachting
Next Post

Instead Of Work – More Taxes