Routinely, after the carnival is over, the Royal Grenada Police Force puts out a press release giving the nation a briefing of what officers had to contend with over the period of the largest national event. Call this post-carnival briefing a ‘bacchanal blotter’ the kind of crime report all police departments around the word issue to the public.

I first read then re-read the release confident that what I just read twice was wrong. Then I asked my wife read it to me. At first it was not apparent to her. But as she read it a second time to me she grew silent and could not continue.

This one was stunning and not just for the casual manner the writer of the press release handled a major crime committed against a member of Grenada’s main only law enforcement agency. I jumped out of my chair, literally when I realised the source of the press release was reported as the Office of the Commissioner of Police.

The press release was headlined, “Men Plead Guilty in Police Beating No Major Reports During Carnival”.

Honestly, even now, at the time of this writing, my hands are still shaking, my head pounding and the images of what the county where I live could look like was too horrifying to countenance.

“Four men who were charged with grievous harm, in connection with the beating of a police officer at Moonlight City on August 8th 2014, have been fined and ordered to pay compensation after pleading guilty. The men, Andelle Benjamin, Kerry Phillip, Darrien Patrick, and Dammion Benjamin appeared before the Grenville Magistrate Court on Wednesday and were each fined five-hundred dollars and required to compensate the victim the sum of one thousand dollars or spend 21 days in prison. Meanwhile, [t]he Royal Grenada Police Force is reporting a relatively quiet 2014 Carnival season on the crime-front. Apart from minor incidents and a few infractions of the law requiring police intervention with charges being laid, criminal activities were low.

Four thugs grievously assaulted a law enforcement officer, admitted the attack, were brought before a Magistrate, allowed to cop a plea and agreed to pay $500 each and pay the officer $1,000. Apart from that, the Royal Grenada Police Force said things were quiet “on the crime-front” and “criminal activities were low.”

No. I adamantly refuse to believe that my Beloved Grenada is a failed State even if the Commissioner’s Press Release is a dummy’s memoranda. Resoundingly no!

That press release may as well have been written about the weather instead of the thundering challenge to law and order in Grenada.

Even if this was the only incident of criminal activity over the carnival season, standing alone, the grievous harm on the member of the police force was in fact a major crime. The way it was handled is a major screw-up demanding an inquiry at the highest level of government and severe penalties for all the offenders including those in the Courts who dispensed of this matter.

Our nation should be angered for several reasons. First, the writer of the press release should be sent home for an extended period of time without compensation because he or she does not recognize the gravity of the news. There is nothing routine about a gang attack on a member of the RGPF. Those who attack police officers should be thrown under, not just inside Richmond Hill.

Protectors of the public, even if they often fall down on the job and are outrageously efficient and sometimes murderous should never be described merely as “the victim”. When police cross the line into unlawful conduct the law should be swift and harsh. There are laws to deal with negligent and felonious conduct by the police but we should not mix up this major crime. This is not the time for moral equivocation.

Second, the Police Prosecutor should be removed immediately. How can a matter such as this be heard by a Magistrate and not transferred immediately to the High Court? A brother of the force is attacked and it is brought before the lowest court in the land as though it’s a seatbelt offense!

Third, the Magistrate should be removed from the Bench forthwith. If the Court fails to comprehend the gravity of this particular crime then its vision is impaired and it is incompetent to sit. The gang of four should have been remanded immediately bail should be at least $10,000 each and the matter referred to the High Court.

The public may be cynical about the police and we all see and perhaps experience their unreliability and some maligning is deserving of some members of the Force.

But let’s be honest. When you hear the sound of breaking glass in your house at 2:00 in the morning whom are you calling? If someone threatens you and your family promising to deliver death at your doorstep whom are you calling? Your daughter comes home with torn clothing crying and afraid to talk; someone else reaps your fruits and vegetables; a vandal breaks into your car and I bet all of us calling 911 the hotline to the Royal Grenada Police Force.

The police are our first recourse when the rubber meets the road. Many of us won’t take the job of law enforcement regardless of the salary. However, we need dedicated people to fill these critical jobs enforcing the rules, regulations and laws of our society. Many officers should not be on the force but that is like everywhere else in life. Some good mangoes, some rotten ones. And yes, we need to strengthen the mechanism to swiftly get bad police people off the Force.

But whether they are good or bad officers, Grenadians of all stripes cannot be casual about thugs attacking officers of the law.

Is it a major threat to public safety when thugs attack an officer and get a slap on the wrist. Does this not signal a fast track down the road of anarchy when neither the Police Force itself, the Prosecutor, or the Magistrate or the department’s own reporter realize the gravity of certain crimes? Isn’t this carnival season attack the very definition of major?

Ultimately, when the fences of social order are trampled, which does not happen in one fell swoop, we will be asking each other one day, “how did it get so bad” “what can we do to stop this wanton thuggery”. By then the social costs of restoring sanity will be too high and unthinkable.

The phrase “We The People” is overused in Grenada and is conveniently played out for partisan policy disputes but hardly for its best use in bringing all our people together. However, this miscarriage of justice is too grave for partisanship and too scary to be casually disregarded.

I want all my neighbours, relatives and people I don’t know and cannot remember, who live here in the tri-island state, in diaspora, first time visitors, Friends of Grenada everywhere, to know that the Spice island is not on the fast track to perdition.

It is always more useful and the benefit accrues to all if we seek solutions with other members of our community rather than join the bandwagon of complainers. Forgive me if I don’t stand on the side-line and lament.

Kindly permit my suggestions for some immediate solutions.

Vacate the Magistrate’s sentence. This is a call for the four criminals who attacked this officer to be hauled before the High Court.

Amend the law. Call the new legislation, The Law Officer Protection Enforcement Act.: Any person acting alone or in concert with others who commits physical harm against a member of the Royal Grenada Police Force or any agency charged with executing the laws of Grenada is guilty of a felony. include bailiffs in the protected class.

A felony automatically carries a minimum one year plus one day in prison and is a mandatory sentence for the violators of the new Act. This Act should carry stiffer penalties to address all manner of assaults because as we know there are gradations of every crime.

Privileges such as a driver’s licences should be revoked and the offender will have to reapply after serving the complete sentence. Six months of mandatory community service should follow prison time. A Justice should then evaluate whether this offender fully understands the gravity of the crime expresses remorse and ready to re-enter and abide the norms of our society.

Here are further suggestions for the new law.

My fellow attorneys whether in the criminal or civil bars should lend their opinion to these suggestions so that they are fair and protective of citizen’s Constitutional rights.

But none of us, lawyers or labourers, can just stand by and accept the result handed down by this Magistrate in Greenville for the gang attack on a police officer.

It was not only the officer who was grievously harmed. All of us were assaulted in this sad event. But we cannot weep and not act.

Justice is not only for the officer in this case, but also for all of us and more importantly, for the fabric of order that must regulate our conduct one to the other.

I don’t want to be misunderstood. We don’t have to treat officers like they are above the law instead, they must be held to a stricter standard of conduct than the ordinary citizen because of the awesome power they hold. The new law should contain an applicable provision. 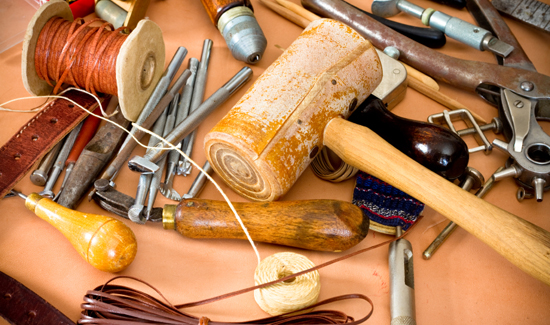