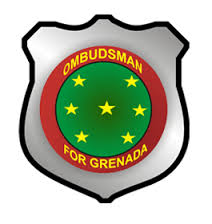 Initially, the ombudsman’s salary started at EC$15,000, then it reduced to EC$10,000 and last Friday the Lower House of Parliament approved a resolution that will bring a further reduction to the salary of the holder of the Ombudsman title.

According to the Ombudsman (Emoluments) Regulations 2014 the holder of the office of the Ombudsman shall receive a monthly compensation of EC$6,000. Dated the 10 day of July 2014, the resolution is statutory rules and order No 30 of 2014 and was signed by Deputy Governor–General, Dr Lawrence Joseph.

As of January 2014, the monthly salary for the Ombudsman became EC$10,000 instead of the EC$15,000 which was paid to Argar Alexander — the first Ombudsman who retired from the post on account of him reaching retirement age.

Mr Ray Donald is the Acting Ombudsman, but there is no clear indication that he will be appointed to the post. The post is presently advertised in the weekly Government Gazette with 29 August as the final date for the submission of application.

The office of Ombudsman falls under the supervision of the Governor–General and according to the notice, the post’s objective is to provide effective service through complaints handling procedures that are timely, equitable, confidential and impartial pursuant to the provision of the Ombudsman Act.

NOW Grenada is not responsible for the opinions, statements or media content presented by contributors. In case of abuse, click here to report.
Tags: linda strakerombudsmanparliamentsalarywilfred hercules
Next Post