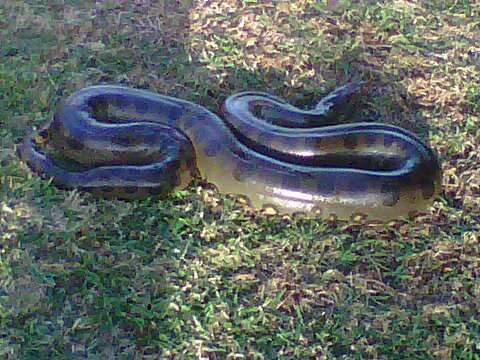 RGPF Concerned About Reptiles And Chains

RGPF Concerned About Reptiles And Chains

The Royal Grenada Police Force (RGPF) reminds the general public that the use of reptiles by masqueraders during Carnival and other similar festivities is prohibited by law.

Meanwhile, masqueraders are reminded of their responsibility to preserve the general safety of the public and themselves particularly when using objects for masquerading. It was observed that certain objects such boat anchors, chainsaws and chains were used irresponsibly during j’ouvert celebrations presenting a potentially high risk of injury to carnival goers. Persons are asked to be sensitive and bear caution as the uncontrolled use of such objects can amount to a criminal offense.

Meanwhile, there has been no major report during Carnival. The RGPF is reporting a relatively quiet 2014 Carnival season on the crime-front.

Apart from minor incidents and a few infractions of the law requiring police intervention with charges being laid criminal activities were low. Arrests were made in relation to the following: offensive weapons 8; illegal drugs 11; fighting in a public place 5; harm offenses 7 and possession of illegal firearm 2.

The RGPF also confiscated without arrest the following: cutlasses 7; knives 14; ice pics 2; axe 1; scissors 3 and chains 45. Two persons including a police officer are known to have sustained injuries owing to the reckless use of chains. Eight kilos of cocaine and 17 pounds of cannabis were also seized.

Between the period 8-12 August 2014, a total of 33 road traffic accidents were recorded, of which three were injury-related. Ten of the accidents were recorded in the Central Division and nine in the Eastern Division. Heightened police patrols, information from the public and their general crime fighting efforts all contributed to the success of the season.

The RGPF highly appreciates and thanks the media and general public for their efforts and collaboration in ensuring a safe and successful Carnival season.

NOW Grenada is not responsible for the opinions, statements or media content presented by contributors. In case of abuse, click here to report.
Tags: cannibiscarnivalchainscocainereptilesrgpf
Next Post