The article about additional flights to Grenada by American Airlines on a daily basis from next December, simply said that the decision was reached after months of on-going negotiations, and the disclosure was announced by the minister who is responsible for Civil Aviation and who was conducting the discussions.

The article about tourists attraction was by Joan Purcell on the subject of casino gambling, with a biblical approach to the issue from her status as an Evangelical Christian. The casino gambling law was recently passed through Parliament, by the Government which has no opposition in Parliament and a solid majority in the Upper House or Senate.

It would seem from the close decisions of the two issues, that the additional flights were an immediate follow-up to the passage of the Casino Gambling Bill in Parliament. So that if there is a three hundred rooms hotel with Casino Gambling on the island, then the expectation is that more visitors of the gambling fraternity will come calling. And the discussion for the additional flights must have been on-going with the airline, to coincide with the passage of the gambling law.

I am aware that the churches have their own negative attitude about the problems with gambling, but I have not seen any statement from any church official on the matter before Joan’s biblical approach to casino gambling in the Caribbean News Now article. Joan quoted from the Good Book to back up her objection to the social evils that will usually accompany gambling wherever. As she put it, “a vice is turned into an economic virtue,” and she listed the many evils that usually accompany casino gambling. And in my humble opinion, I can see a readymade market for most of those evils she listed.

Our unemployment situation and the crying needs of our young people, with no hope on the horizon for any immediate relief any time soon, these will leave thousands very vulnerable and easy prey for the types of clients that usually visit and utilise gambling casinos.

The ban on Grenadians taking part in the gambling casino as such, will make no difference to the problems quoted by Purcell, because there is no ban on the visitors going into the outside community and mixing with locals, or taking guests into the hotel away from the casino gambling area.

What those of us expressing a contrary viewpoint is saying on the matter is that the problems and pitfalls associated with casino gambling are such, that once the doors are opened for that brand of visitors to come calling, there will be no stopping or controlling the types of problems resulting therefrom.

And if the major changes the controllers are putting forward for the Referendum to Reform the Constitution next year March, are voted for by our people with a two-thirds majority, then all I can see ahead for us as a people is chaos and confusion.

All the assurances by the Prime Minister just a couple months ago, that financial support was about to flow into Grenada, with the support of the IMF for our Home Grown programme, have remained just that. And now there is fear among our Public Servants, that the government is about to retrench some of those workers, because there is a serious shortage of funds to keep them employed.

With the unemployment situation being what it is already, any additions to that state of affairs will only make bad matters so very much worse for those in need.

There is nothing we can do from the outside, so we just have to wait on those in control, and hope that some good will eventually come out of the general bundle of promises they have been making, before and since winning total control.

NOW Grenada is not responsible for the opinions, statements or media content presented by contributors. In case of abuse, click here to report.
Tags: american airlinescasinoflightsgamblingparliamenttourism
Next Post 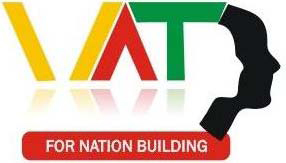