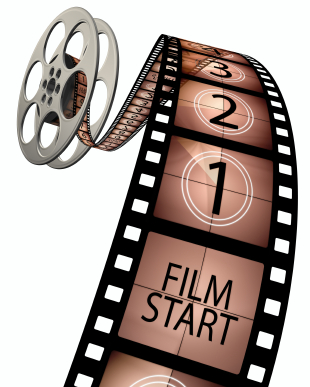 This story was posted 8 years ago
in Arts/Culture/Entertainment
7 min. read

The 6th Edition of Travelling Caribbean Film Showcase dedicated to Caribbean Culture, runs from 11 to 14 of September, 2014 at the Grenada Trade Centre. The final programme, as provided by the Cuban Embassy in Grenada, is as follows:

7:00pm           Yo soy del son a la salsa / I’am from Son to Salsa (Cuba) Special presentation by the Director of the film. Director: Rigoberto Lopez, Date of production: 1997. Length: 90 min.Genre: Documentary. Synopsis: Testimony on Cuban popular music from its origins to the present. Offered for the first time the history of Caribbean dance music told by its own protagonists.

8: 40pm          MAKING HISTORY (Jamaica). Directors: Karen D. McKinnon and Caecilia Tripp. Date of production: 2008. Length: 10 min. Genre: Documentary. Synopsis: Making History is a short, lyrical film written and directed by Karen D. McKinnon and Caecilia Tripp. The film stars Edouard Glissant, one of the most important Caribbean writers in history who was nominated for a Nobel prize in literature, and Linton Kwesi Johnson, father of ‘dub poetry’. The two passionate poets debate identity politics, particularly how slavery affected modernity in general, and the contemporary Caribbean Diaspora in particular. Glissant and Johnson try to differentiate between European immigrant groups who came to America, and Caribbean immigrant groups who moved to Europe and explore what those differences mean for those who identify as Caribbean.

7:00pm           Calypso Rose: The lioness of the jungle. (Trinidad and Tobago). Director: Pascale Obolo, Date of production: 2010. Length: 85 min. Genre: Documentary. Synopsis: Calypso Rose is an ambassador of Caribbean music. Living legend of Calypso music, she is a charismatic character often compared to the great Soul singers such as Aretha Franklin. She did a reprise of her famous song “I Say a Little Prayer for You” or Miriam Makeba, with whom she will sing “Voodoo Lay Loo” in the 1980’s. This music, in its’ rebellious and mocking style, is Trinidad & Tobago’s soul, ex English colony, located in the Caribbean sea. Born in the village of Bethel in Tobago in 1940, she has been singing since the age of 15 years and hasn’t stopped spreading the daily tales of her native island, on the world stages, with an inbred energy and a contagious love for life. IN 1978, she will become the first woman to be crowned “Calypso Queen” during Trinidad’s famous carnival, (which after her win, was changed to the title of “Calypso Monarch”). During her career, she wrote more than 800 songs and recorded 25 albums, making her the uncontested diva of Calypso.

8:35pm           Recordando el mamoncillo ‐ Remembering the mamoncillo tree (USA). Director: Pamela Sporn, Date of production: 2006, Length: 15 min. Genre: Documentary. Synopsis: Every second Sunday of July from the 1960s through the early 2000s, hundreds of Cubans and lovers of Cuban music assembled at the Bohemian Beer Garden in Queens for the Recordando el Mamoncillo festival. Remembering the Mamoncillo gives viewers a taste of that joy. The festival was hosted by el Club Cubano Interamericano and modeled after a dance that many of the club’s members had attended in Cuba at the Cerveceria Tropical. The history and cultural importance of the Recordando el Mamoncillo festival and El Club Cubano is brought to life by dance scenes, testimonies of long‐time members of the club and musical performances by Chico Alvarez y his Palo Monte, Son Sublime, the Charanga All‐Stars, and Orquesta Broadway.

4:00pm           Young Explorers Caribbean ‐ Point Fortin (Trinidad and Tobago). Directed by Lorraine O’Connor, Date of production: 2006, Length: 18 min. Genre: Documentary. Synopsis: Young Explorers of the Caribbean is a television series in which a group of young people makes a great discovery in Trinidad and Tobago to learn about the culture, beauty and the characteristics of each community they visit through the eyes of children in the area. The programs appeal to young and not so young as they are full of fun, educational brushstrokes and beautiful landscapes. The children are accompanied in his adventures from 2 animated characters; Suni Caracol and Fredo Frog. Point Fortin is one of the oldest cities in the country. Is located on the southwest coast of Trinidad. On the way to Point Fortin, passed by the famous Pitch Lake in La Brea, the largest of the three natural asphalt lakes in the world. In Point Fortin, the Young Explorers meet some very talented children and learn to play the steelpan, sing in a choir and visiting the city.

4:20pm           Atiba Williams (Trinidad and Tobago). Directed by Bruce Paddington / Christopher Laird, Date of production: 2000, Length:7 min. Genre: Documentary. Synopsis: With just 9 years old Atiba Williams is the youngest musical arranger who had a steelband in the first steelband competition “Panorama”. This film is a look at a day in his life, from home to school, to the performance of the assay.

4:30pm           20 Años/ 20 Years. Director: Barbaro J. Ortiz,  Date of production:2010, Length: 15 min. Genre: Short animate. Synopsis: A woman lives grappled to a happy past, but her present is very different. 20 years of indifference and mistreatment had challenged the love of this person. In order to get the attention of her husband, she‘ll try even the impossible.

4:45pm           Brooklyn Racine (Haiti/USA). Director: Jeremy Robins/ Magaly Damas,  Date of production: 2006, Length: 12 min. Genre: Documentary. Synopsis: This documentary (a short version feature‐length doc “The Other Side of the Water”) explores what happens when a group of young immigrants take a voodoo‐inspired walking music from the hills of Haiti and reinvent it on the streets of Brooklyn.

5:00pm           Al son de Miss Lizzie (Nicaragua). Director: Ileana Lacayo,  Date of production: 2010, Length: 18 min. Genre: Documentary. Synopsis: Documentary about Elizabeth Nelson Forbes life. She tells us of her childhood, youth and work for cost dance. The audiovisual goes all over her life and colourful world of Creole rhythms, of the Caribbean in Nicaragua.

5:30pm           Cuban Roots/Bronx Stories (USA). Director: Pamela Sporn, Date of production: 2000, Length: 57 min. Genre: Documentary. Synopsis: Cuban Roots/Bronx Stories highlights the historical journey of an Afro‐Cuban‐American family, from Jamaica, to Cuba, to the Bronx, revealing that the Cuban‐American experience is more diverse, racially and ideologically, than we are often led to believe. Diana, Ruben, and Pablo reveal stories of growing political awareness, overcoming the dangers of the streets, and coming into their own as Afro‐Latinos in the 1960s and 70s.

3:30pm           Eyerí, a Musician with Magic (Puerto Rico). Director: Frank Elías, Production´s date: 2010, Duration: 12 min. Genre: Documentary. Synopsis: It is the history of a 4 year‐old boy with a great talent for the music. The documentary contrasts the boy’s innocence with the mother’s concerns on what can bear a future in the music for him. The history that “he narrates” the singer Seven through some brief verses that locate the spectator in the thematic of each segment.

3: 45pm          Dudamel (Venezuela). Director:Alberto Arvelo, Production´s date: 2010, Duration: 84 min.. Genre: Documentary. Synopsis:“Dudamel. The sound of the children” takes as a central figure the director of orchestras Gustavo Dudamel, who does a tour for his dream of being a recognized musician. In this documentary, of an hour and 25 minutes of length, Arvelo registers the artistic and social impact that “The System “ (designed in 1975 by the teacher Jose Antonio Abreu), has had in places as dissimilar as Bolivia, Korea, Los Angeles, Berlin, Scotland, London, Colombia and Venezuela.

5:40pm           Rise up (Jamaica). Director: Luciano Blotta, Date of Production: 2010, Genre: Documentary, Length: 88 min. Synopsis: There is a place where music is not just entertainment. It’s a way of life. Far from the tourist resorts, RiseUp travels to the heart of Jamaica and its flourishing underground music scene. On an Island where reggae is considered the voice of the people and an outlet for survival, three aspiring artists – Turbulence (a charismatic lyrical master from the ghetto), Ice Anastasia (the privileged uptown artist), and Kemoy (a shy angelic songstress from the country) – seek to “rise up” into the legendary eminence of their iconic predecessors). Deep in the ghettos where reggae was born, music continues to be a key form of expression for ghetto youths, who face crippling inequalities, poverty, and violence. The film features music from many other notable artists.

7:20pm           Classical steel (Trinidad and Tobago). Director: John E Barry, Date of production: 2011, Length: 42 min. Genre: Documentary. Synopsis: Playing classical music on the steelpan showed Trinidad society that a percussion instrument invented in the poorer areas of Port of Spain could reach the heights of a symphony orchestra. The film looks at the importance of classical music in the development of the steelband and its acceptance worldwide as a legitimate instrument.

NOW Grenada is not responsible for the opinions, statements or media content presented by contributors. In case of abuse, click here to report.
Tags: caribbean filmcuban embassytrade centre
Next Post 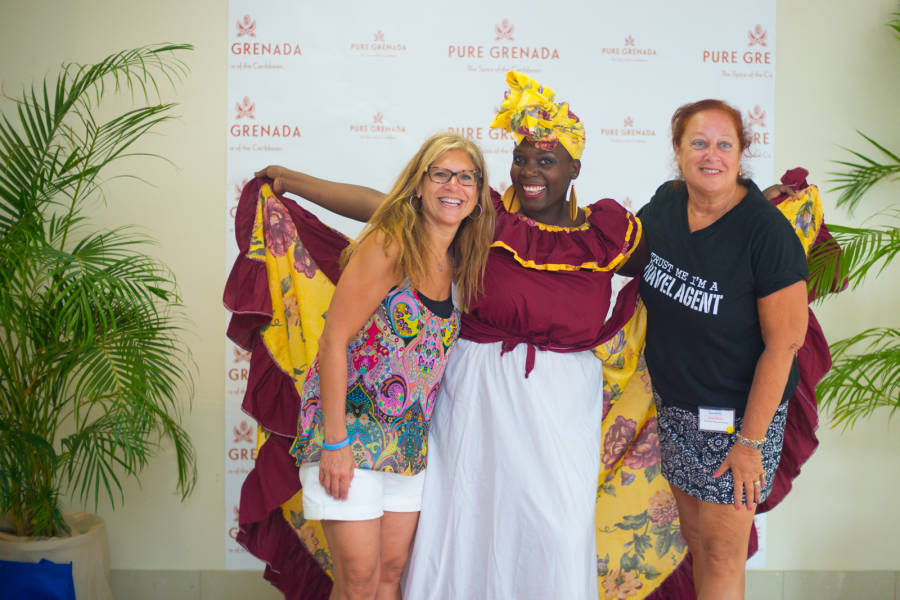