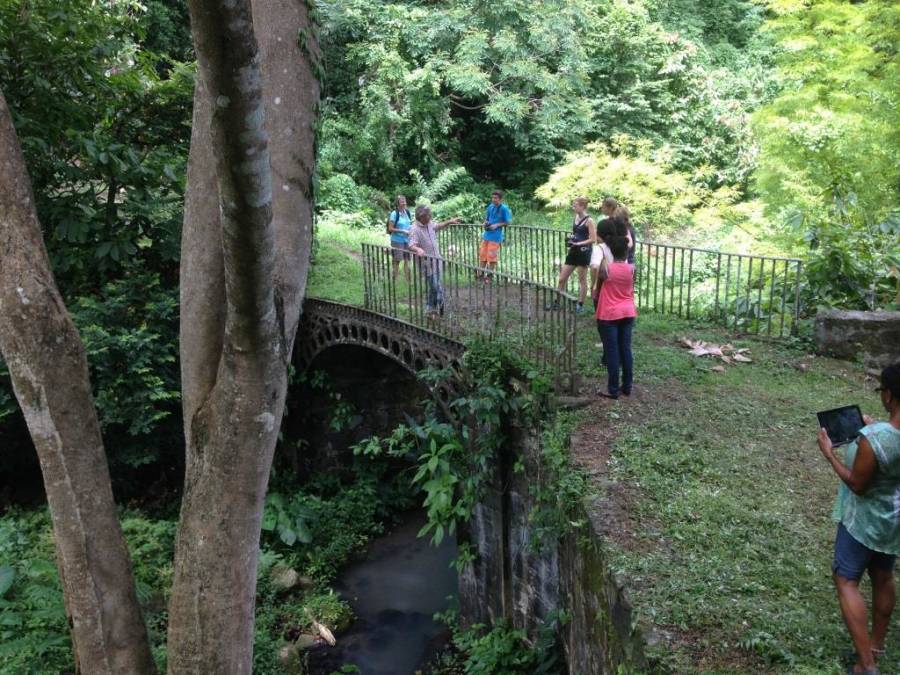 It was a sunny Thursday morning on 9 October, 2014 that members of the Willie Redhead Foundation assembled at the Spiceland Mall Car Park at Grand Anse, to be transported by celebrated Tour Operator Mandoo Seales, who is also an active member of the Foundation, to Crayfish Bay (Non Pariel) St Mark’s to interview Kim Russel owner of the 15 acre cocoa plantation which was acquired by the Russels after Hurricane Ivan –  in order to inspect an historic bridge which lies within his property.

The bridge came to our attention when a few weeks ago there was a news item on GBN regarding the historic structure and the plea by the owner that it be rescued and repaired where necessary, as an historic monument for posterity and an attractive tourism site in PURE Grenada.

The produce from the 15 acre organic coca plantation is sold to the cocoa factory in St Mark’s after fermentation and drying, and as the owner explained, there is a high demand for the product on the international market to which Grenada should endeavor to explore.

The site is wooded and well watered with a small river flowing under the historic bridge and spring water in good supply, which makes the plantation an almost self-sustaining agro facility.

Russel gave our party a very erudite and historic overview of the plantation and its connection with his family going back to the grey industrial age in England when coal was the main source of energy in the production of cast iron, of which the bridge is made. An inspection of the bridge did not reveal the date of its fabrication, but Russel put the date in the 1830’s when it was transported from England in sections and reassembled on site with slave labour.

The construction of the bridge provided at that time, pedestrian as well as donkey and mule access to adjoining property. This access has now deteriorated into a track which the Russels, with the help of government would like restored in order to bring idle land into production, thus contributing to Grenada’s food security in the 21st Century.

Russel wanted to know what will happen after the visit, to which the President replied that the Sentinel would first publish an article in the press, copied to the electronic media and to the newly formed National Heritage Committee (NHC) under the Ministry of Culture and Heritage, which is the agency now responsible for the protection, restoration and enhancement of our cultural heritage.

The Willie Redhead Foundation, though its mouthpiece the Sentinel, is therefore taking this opportunity to respectfully request that the NHC engage the Foundation as a partner in the quest to inventorise (listing) this and other built heritage sites, with a view, in the first instance, to document our historic sites, monuments, artifacts and buildings in Grenada Carriacou and Petite Martinique; prioritise them, with a realistic implementation programme, that is the provision of adequate funds for cleaning, upgrading and restoration, in order to make Pure Grenada a living reality and not just a meaningless slogan for the satisfaction of those who see “verbalisation” of an issue, and not action, as the desired end product.

NOW Grenada is not responsible for the opinions, statements or media content presented by contributors. In case of abuse, click here to report.
Tags: bridgecrayfish bayst marktwrf
Next Post 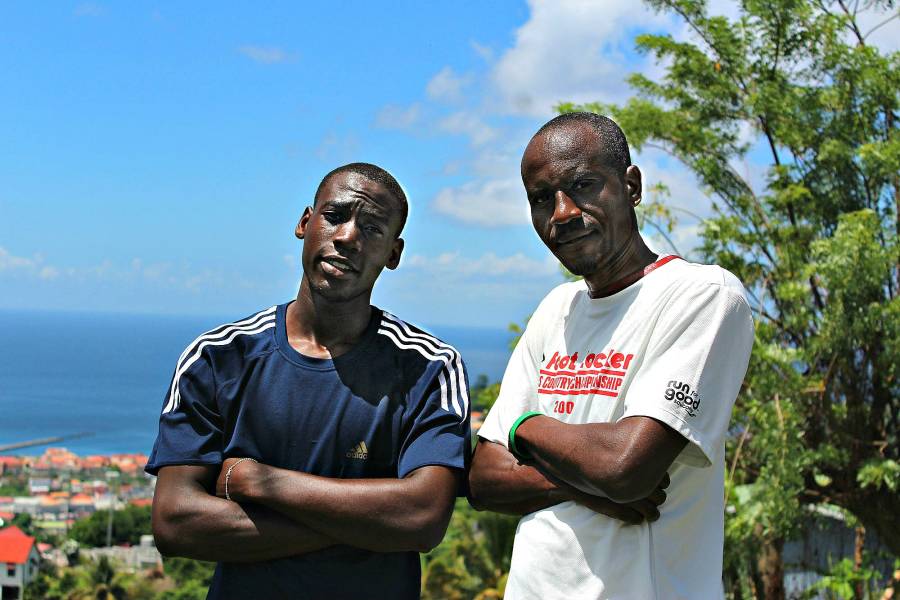