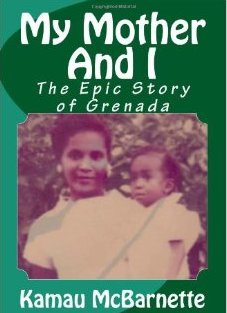 “…It was November 18th 1973, a Sunday, another day that the Lord had made. Although the tension in the air was perceptible and those who were politically attuned would have felt a deep foreboding, it was, by and large, a normal day.

“…Sello, I have been trying to reach you on the phone for the whole night without success. Do you care to explain?” Bishop said to Strachan with a smile that revealed his suspicions.

“How you mean?” Strachan asked, feigning innocence. “Is the Telephone Company you need to ask.”

“Come on man, you know what I mean; the telephone works perfectly,” Bishop responded jokingly and unintentionally giving a plug to the Telephone Company. “Whatever else you spent the night on, it surely was not the phone,” he quipped.

“Well… hear nah man…” The rest of Strachan’s retort was lost in a gale of boisterous laughter, but his uncharacteristic stammering was a bad sign.
…In twenty minutes the small convoy was entering Grenville from its northern end. There was no welcoming party and they did not expect any, yet there were seventy-five, fully armed Secret Police awaiting their arrival in front of the Deluxe Cinema where the meeting between the businessmen and NJM leaders was scheduled to be held. Mr H.M. Bhola, one of the businessmen, was also there and spoke to the leaders who had prudently remained in their cars. He apprised them of the situation and advised that, in light of the presence of uninvited guests, the meeting be shifted to his home.

…No one saw where Daniel passed; it was as if he had never stopped running after he was initially chased by the Secret Police. Radix followed close on his heels and his chubbiness, contrary to the laws of physics, made him move faster. But then it was the more powerful law of survival in operation. Austin was not that far behind as they sought safety in the upstairs of Mr Bhola’s house. They moved with due haste and they had a right to.
Bishop, Strachan and Whiteman could not make it to the entrance of the house in time. Without the power of levitation they could not have gone up into the air, and Atabeyra, the Caribs’ Earth Mother, was not about to open up and provide them with protection within her rocky and muddy depths. Their only possibility of escape was around the back of the house and the required distance was not covered at a leisurely pace.

Yet they were not fast enough for the avenging thugs who descended on them from both directions. At that point their lives, more than ever, were in the hands of Papa God, as their deaths were hungered after with the craving of maniacs. Blows were rained all over them with such urgency and fury that they hardly had time to breathe. They were thrown to the ground and savagely beaten with sticks of varying thickness, axe-handles, batons and bull-pestles. They were repeatedly kicked, at times to the head, and stamped on. Blood flowed profusely and seemed to come from everywhere and yet there was no letup in the blows which were delivered with such ferocity that the surrounding walls cried and pleaded for mercy.

Just when it appeared that the men were drifting into unconsciousness, or death was getting the better of life, amazingly, despite the furor of the feeding vultures, the beating frenzy stopped. Perhaps they heard the weeping of the walls, felt Papa God’s touch upon their anesthetized hearts, or their hands may have gotten tired.

Battered and bleeding, they were literally dragged away, thrown into the back of a van and carted off to the cold cells of the police station a few yards away. They were soon joined by those who had taken cover in Mr. Bhola’s house, but on their way they could not escape an unappetizing dessert of licks for having missed the main meal…

Excerpt from “MY MOTHER AND I — The Epic Story Of Grenada.”

“My Mother And I — The Epic Story Of Grenada” written by Kamau McBarnette and based on Grenada ’s Post-Columbian history, from the Caribs to the American Invasion. An informative, riveting, entertaining and sensational read. Guaranteed to grab your attention from its opening chapters!

NOW Grenada is not responsible for the opinions, statements or media content presented by contributors. In case of abuse, click here to report.
Tags: bookgrenadahistorykamau Mcbarnettemy mother and isunday
Next Post