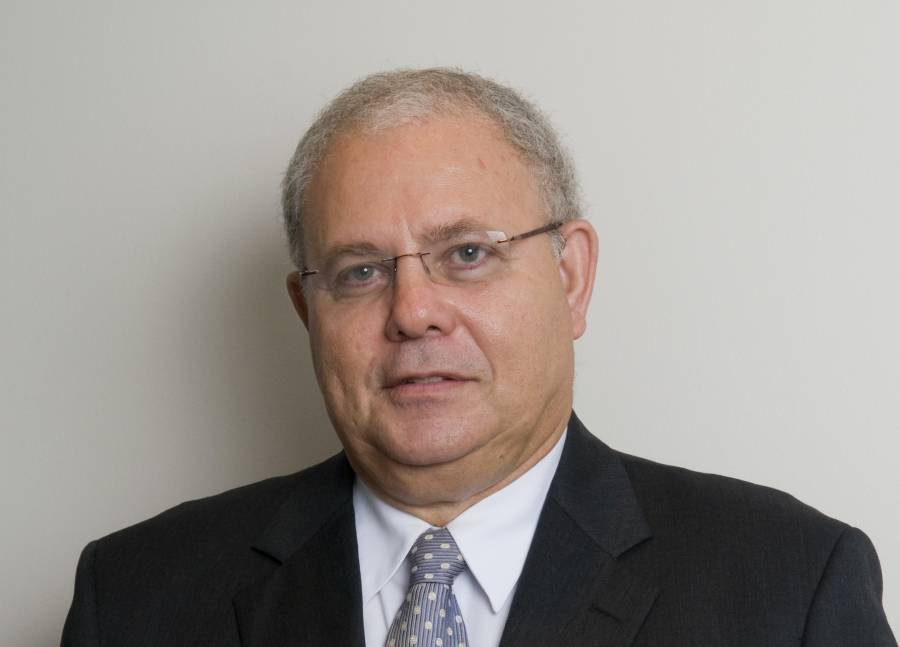 This story was posted 7 years ago
in Tribute
3 min. read

In paying tribute to Mr. Mansoor, Chief Executive Officer, Rik Parkhill, said: “In 2001, Mike led the team that travelled tirelessly throughout the Caribbean presenting the idea of what was to eventually become FirstCaribbean (now CIBC FirstCaribbean) to the governments and regulators of the day.

“Approximately a year ago, we named our Head Office building after Mike, as a mark of our deep appreciation for his contribution to the creation of CIBC FirstCaribbean, his leadership for the thirteen years he served this bank, and his stewardship of the CIBC brand prior to that,”.

“Mike’s calm and pragmatic approach allowed him to set out the sound business case for forming FirstCaribbean. Difficult as that exercise might have been, building the case with our people was even more so. Mike provided his guidance to the management team and 3,000 skeptics became the enthusiastic builders of this bank, which he led admirably until his retirement last year. As Chairman of our Charitable Foundation, Mike was also deeply involved in efforts to give back to our communities, an activity that was clearly close to his heart.”

A chartered accountant and former partner at Ernst & Young in Trinidad and Tobago, Michael Mansoor has an extensive background in corporate finance and planning. He held senior executive positions with the ANSA McAl Group, and was also an independent Senator of the Republic of Trinidad and Tobago from 1987–1995. During his tenure in the Senate, he was often involved in legislation related to economic, finance and general business development. In 1966, he was awarded the Open Island Scholarship in languages for being top student in Trinidad. He then studied in Canada, receiving the Chartered Accountant designation in 1972, and an MBA from the University of Western Ontario in 1974, and was placed on the Dean’s Honour List. Mr. Mansoor also served as the Chairman of the Campus Council of the St. Augustine Campus of the University of the West Indies. In 2012, the degree of honorary Doctor of Laws was conferred on him by the University of the West Indies.

In a message to employees of CIBC FirstCaribbean, Mr. Parkhill said: “We can never replace a man of Mike’s stature! When the history of this institution is written, in fact as the history of this region continues to be recorded, Mike Mansoor’s name will certainly feature as one of the builders of the banking industry, one of the scholars of the region, and one of the great orators to address the Senate of the Republic of Trinidad & Tobago.

Most of all he will be remembered by many, including me, as a great friend.  Mike made many friends across the region at all levels of our society, chiefly among you, our employees. We know that many of you will feel his passing very deeply and we at the Executive level grieve with you. “

Victor Dodig, President and CEO of CIBC, added: “Mike was instrumental in charting the course for CIBC FirstCaribbean. Of particular note, is the role he played in bringing CIBC and Barclays together more than a decade ago to combine our operations in the region to become FirstCaribbean International Bank.  Mike was a man of tremendous character. He was a role model, a leader and a gentleman. His wise counsel and sincere friendship to CIBC and its Caribbean operations will be greatly missed.”

Michael Mansoor served as Executive Chairman of CIBC FirstCaribbean from its inception in October of 2002 to his retirement on 31 December 2013, after which he continued to serve on the company’s Board of Directors. He was previously president and CEO of CIBC West Indies Holdings.

NOW Grenada is not responsible for the opinions, statements or media content presented by contributors. In case of abuse, click here to report.
Tags: bankbarbadoscibcfirstcaribbeanmichael mansoorrik parkhill
Next Post