Finance always poses a ‘disadvantage and danger’ to Democracy, when ‘power and control’ is sought at all cost. Whilst it is welcome news that monies would be amassed to aid with the Constitution Reform Project in Grenada, it must be of grave concern about the plans and procedures for the use of the monies. In fact, there should not be any clandestine motives and outrageous conditions for the issuance and receipt of the monies. The sovereignty and dignity of the people, in the political and governance determination for their nation, must be upheld; and monies must not be used to thwart this.

The national consultation on the reform held on 15 October 2014, could be considered ‘reasonably productive’, and all efforts should ensure that it is eventually meaningful for the nation. The ‘sterling vibes’ of the Consultation engendered unprecedented awareness amongst the people on the significance of the Constitution and what is at stake for reforming it. The vibrancy also influenced the interest of international organizations such as the Organization of American States (OAS) and the United Nations Development Programme (UNDP), leading to a Donors Conference in Barbados on 19 November 2014; this has been revealed in a press conference of the Constitution Reform Advisory Committee on 3 November. Very striking is the ‘rude awakening’ of the Advisory Committee from the “energetic and emotional” expressions of the people at the Consultation and this should impart virtue and wisdom for the committee to reform its ‘attitude and approach’ on the Reform Project.

Full disclosures on the donors and participants at the conference must be made to the Grenadian people. The source of any monies for the reform is critical and it will be indecent for individuals or institutions, which have a ‘biased position’ in the Reform to be heavily engaged in the conference. Speaking in the parliament on 13 November, the Legal Affairs Minister, Hon. Elvin Nimrod mentioned the Caribbean Court of Justice (CCJ) as a participant in the conference and this should raise eyebrows since it is common knowledge that the pivotal reason for the reform is to have the CCJ becomes constitutionally the Final Court of Appeal. The people then must be vigilant and vocal against the infiltration of lobby-groups and unscrupulous actions in every facet of the Reform Project.

The outcome of the consultation must be credited to the people and this was not due to the organizers. It was never the intention of the Advisory Committee and by extension of the government, to have had the kind of participations and expressions that was evident, to their disgust. The agenda prepared for the consultation is instructive on this assertion, as can be discerned with the time allocations and the presentation formats for the occasion. The October consultation with the public and the July report of the committee to the government exposed the flaws with the Reform Project, as highlighted with an unrealistic date set for the Referendum and the superficial recommendations for the reform. In the first place, it has been the vigorous outcry of foul by the people that led to the holding of the consultation by the committee as a ‘damage control to save face’, and this must impact on the merit of People’s Power.

The Government and the people are at ‘great odds’ on the reform and on the Referendum, and both sides are now anxiously awaiting the verdict of the Advisory Committee on the way forward from the holding of the consultation. The situation is already becoming ugly as partisan politics begins to take center stage with rhetoric and propaganda, and whilst there would be maneuvers for consensus and synergy within the committee and its constituents, the ‘informal sectors and unaccounted masses’ are entreating for their representation and input. A vexing matter is on spending almost two and a half million Eastern Caribbean dollars in the first instance as a start to so-called reform the constitution piecemeal, and not as a complete package. The emphasis of the upcoming conference should therefore not be limited to ‘money deals’ but also seek to bring perspective and meaning to the Reform Project.

Grenada does not have a constitutional crisis or emergency; neither is there any ‘authoritative document or thesis’ relating to the (non) effectiveness and/or (in) efficiency of the constitution. Forty years of using the constitution is no reason for reforming it, unless there are serious deficiencies and loopholes. It is ‘compelling and plausible’ though to have a re-founding of the nation with a re-established constitution. The quest to have a constitution that is indigenous and reflective of the people has been radically attempted with the suspension of the 1974 independence constitution in March 1979, and this must be the strong impetus for the reform. The work of the late Grenadian Jurisprudence Professor Simeon R. Mc Intosh, in terms of the need for realignment and ratification of the constitution within ‘democratic principles’, is an important factor to be incorporated in meeting the outstanding goal.

The crux of the matter involving the constitution is about the manner of its institutionalization in making it the ‘sacrosanct and supreme’ law of the land; and the politicians have compounded the ceremonial insult with the abuses of the constitution with impunity. This situation presents hurts and grievances for the people and they have being calling for genuine efforts to reform the constitution in order to foster Better governance with a manifestation of personal responsibility when in public office. Deviation, in any form or fashion, from this fundamental objective is tantamount to making a mockery of democracy and to aiding and abetting of treason against the state. Moreover, to amass support and resources in the name of the people for the Reform but in reality to achieve narrow interests is atrocious.

It would be paradoxical and hypocritical for the OAS for example, to offer monies to the government for the reform and not to ensure accountability and transparency, as well as inclusiveness and equity in the use of the monies. This is especially so when there are recommendations from many of the OAS’s Elections Observer Mission Teams about the need for regulations for campaign financing, to help promote the key qualities of Democracy.  Similarly, the UNDP must seek to realise “value for money” and that Good Governance principles are adhered to, in the face of a tainted record of the Government.

It would be repugnant for the Donors Conference not to recognize and honour the sentiments and wishes of the people, as well as the rationales and practicalities for reforming the constitution. The conference needs to take into consideration all of the circumstances pertinent to the Reform and its implications, and this would include the proposal for a referendum of referenda which appears ridiculous. Moreover, there is not yet the enactment of a Referendum Law to direct and inform the poll, as provided for in the constitution under section 39; and this has to be addressed urgently. The conference should also occupy its attention to the status of the electoral machinery, including the integrity of the voters list.

In this regard, the conference has a responsibility to advance guidelines and mechanisms for the enhancement of the reform project leading to the Referendum; and thereby ensuring that all prerequisites are met. The mechanisms must embrace the role of an opposition panel, which is not to be in rivalry with the Advisory Committee but as an instrument designed for complement, consolidation and confidence; and such instrument must be afforded the respect, opportunity and resources as to the committee. The Panel will incite intellectual debates on the issues and help to shape and expound the Referendum Bills; [search the internet for article “Constitutional Reform: Objectivity is Required”].

A conducive environment has to be established to affect a credible Referendum and a rewarding reform. There are many unclear and unanswered and outstanding issues to be dealt with; and the people needs to be engaged and empowered to make a sound decision on such a far-reaching national undertaking as constitutional reform. The absence of an official opposition, the cynicism of the people for politicians, the economic and financial woes of the country, and the complicated nature of the proposed referendum are typical cases, which are affecting the reform project. Most pertinently, provisions should be made by the conference to assist in any ‘class lawsuit’ to be taken by the people against any irregularities in the conduct of the Referendum.

In his presentation of the 2014 National Budget in December 2013, the Prime Minister and Minister of Finance Dr Keith Mitchell points to arrangement for the establishment of a Trust Fund into which the business community, the general public as well as international organizations can contribute to help cover the cost of the reform project. With the convening of the scheduled Donors Conference, it is now proper for the Grenadian people to have a full understanding of the management and operation of the fund, and the form of the major contributions to the Fund in terms of loans or grants.

NOW Grenada is not responsible for the opinions, statements or media content presented by contributors. In case of abuse, click here to report.
Tags: ccjconstitutioncourtdemocracyfinancej k robertsreform
Next Post 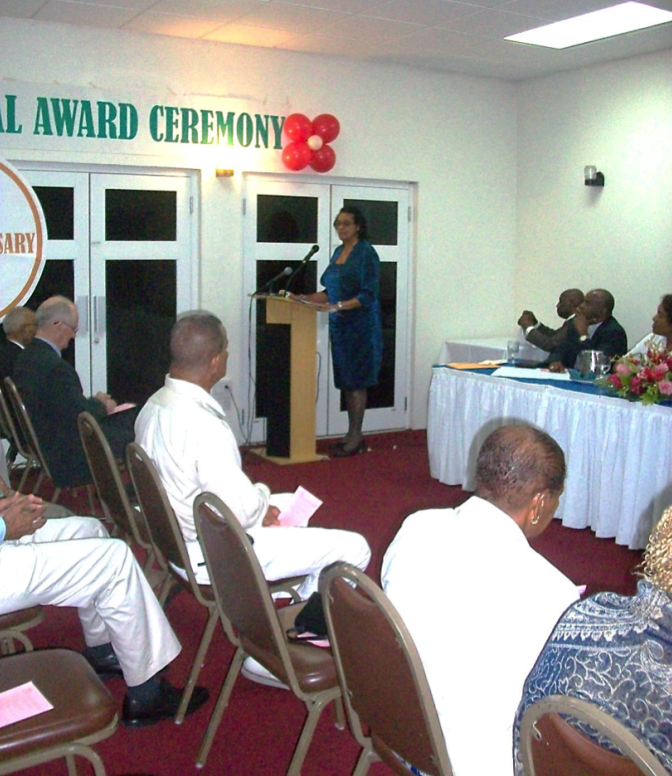