We are moving closer to that very significant date in March next year — when our tri-island state and its people will be making that so very important decision to change our political image — by voting in a referendum to reform our Constitution, move out of the Commonwealth, and be associated with whoever will have us in the years ahead.

Whatever are the plans and policies of the controllers now in charge for the political future — only their leaders and close associates have the answers, and they are keeping them very secretive.

And even the controllers’ actions and their omissions are not disclosing very much, but seem very confusing and distracting — to say the least, in the given circumstances.

The recent ministerial changes and senate movements by the Prime Minister are just as strange.

Whether those changes and movements are intended to boost the government’s chances of victory at the referendum next year March — only time and the eventual outcome will disclose on the date in question.

But how those changes and the results coming there from will benefit our people, we just have to wait to see how they all turn out.

As the situation stands to date, none of the grand promises made by the controllers — to win them absolute control of the nation’s affairs since February last year — have thus far shown any signs of achievement, nor any time in the near future from the visible appearances.

Whether the recent changes — that brought on board well-known past political opponents — will make the required differences to bring success, only time and the visible results will show.

But whether those recent changes bring the success particularly required, in relation to the reformation of the Constitution come March next year — we just have to wait to see how that scenario plays out.

Whatever the reasons maybe — for making the recent changes and new appointments in our parliament — only the Prime Minister and close associates are aware of those; but how those changes will affect the system and bring the required results, only time will tell in the next three months or so.

In the meantime however, the people who are still waiting on the promised investors that were expected to come on stream after the clean-sweep victory at the polls nearly two years ago — they continue to wait, but so far no signs of any such promise being fulfilled and the jobless remain the same.

How the cabinet reshuffle and new appointments will help that situation — only time and some positive achievements will provide the answers in due course.

But listening to the concerns and complaints of a whole lot of unemployed people, who have family responsibilities that they are un-able to satisfy — it leaves any right-thinking person to feel a sense of hopeless concern on their behalf, because there is nothing the individual can do to help them.

Although there is nothing much that those of us on the outside can do to help the needy — we have to remain concerned about their plight, and do whatever little we can to reduce the tension and ease the pressure.

How those changes and new appointments will help the needy and strengthen the government’s position — only time will tell in due course and by whatever means.

There is not much time left — before we get to that historic referendum in March next year — and now I am hearing that the date may be put further down in the New Year.

As for the ministerial and Senate changes — it is left to be seen how those will help in bringing about the required new outlook that will persuade the people to go to the polls and vote for the changes in the constitution that the government is seeking.

Should that two–thirds (2/3) majority vote in favour of the required changes, then our political outlook will be on a very different pattern than we have been accustomed to since Independence — and there will be no turning back to those good old days.

The festive season is nearly upon us, and from all appearances, the existing conditions do not look encouraging — nor is there any plan nor project in the pipeline that can be relied upon, to bring about any needed improvements anytime soon.

Whether any of the new passport holders who are supposed to be investors — will be making appearances in the coming months to help boost the referendum chances of success — the results will tell when the votes are counted on the final day.

In the meantime, all the needy and job seekers can do, is wait in the coming months, and hope that some good will come their way.

As for where are we heading to — at this stage of our national activities — only time, by March next year, will hopefully show us the way and the possibilities, or the pitfalls on the political road ahead.

NOW Grenada is not responsible for the opinions, statements or media content presented by contributors. In case of abuse, click here to report.
Tags: cabinetconstitutionemploymentgovernmentinvestorlloyd noelpoliticsprime ministerreferendumreformreshufflesenate
Next Post 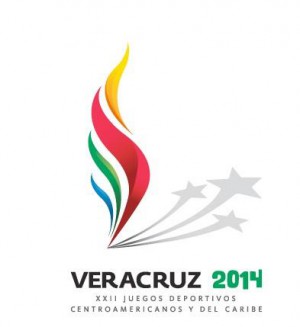