The Trips Are Not Producing

The Trips Are Not Producing

Government Officials seem to always be on trips overseas — and holding meetings with a variety of individuals and organisations, in the business and interests of the Country — but for whatever reason the outcome and expectations are not very productive.

The latest trip and meeting will be in Rome with the Pope by the P. M. — fortunately being accompanied by his mother and his family, on the occasion of his mother’s birthdate — was a very special and privileged occasion.

Whether His Holiness will someday accept the invitation, to visit our Tri-Island State which is a very strong Catholic practicing community — only time and the unfolding events will determine, in due course.

In the meantime, however, while we need all the prayers we can get from any source — and especially from the Holy Land and the pontiff himself — we have a very serious and deep-seated humanitarian and socialist state of affairs to cope with, and to find lasting and acceptable solutions for our people in general — but for those who are unemployed and have families to provide for in particular.

The many trips and meetings, with all sorts of different nationals across the globe, by our political leaders in the interests of our people in general — all sound very positive and beneficial.

But while it takes time to get things in motion, so as to benefit the people who are in need — the bigger issue facing us as a people is who are the countries and the types of so-called officials the Controllers are dealing with.

And the countries and officials are very critical at this stage — as we are on the road towards March next year, when our people have to vote for the Reformation of our Constitution — and in particular for leaving the Commonwealth and becoming a Republican State, subject to no other country or group with authority to intervene in our national affairs.

The Controllers now have the fullest authority to do as they please, because there is no opposition in the seats of power to even challenge their actions — but at least they have to act subject to the Constitution that has been in force since 1974.

Should our people vote in the Referendum next year March, and a two–thirds (2/3) majority vote in favour of the proposals for changing our political status — there is nothing we could do thereafter to reverse that outcome, so the ball would be fully in our hands to play it as we see fit, and live with the outcome resulting therefrom, for goodness knows how long.

To date, nothing has been forthcoming — based on the promises made by the Controllers, to win all the seats in our Parliament in February of last year — and in place of keeping those promises what we are getting now is the Reformation of the Constitution.

If we should go down that road — based on the many issues coming from the group originally appointed to advise government as well as the additions suggested at the public gathering at the Trade Centre — then we could also say “goodbye” to the brand of politics that we have been used to since Independence in 1974.

We are already hearing on the news bulletins coming after the many recent trips made by the P. M. and some of his ministers — that many more Citizenship Passports have been sold to individuals in those countries visited, in furtherance of the Foreigners Investment Program that got us into the banned–book of the Canadian Immigration Department.

So it looks as though The Controllers are now operating from both sides of the program to bring in foreign investors — just in case the plan for reforming the Constitution to go Republic should fail, they would have the sizeable group of passport holders coming in as foreign investors to engage in all sorts of business ventures.

While the thousands of unemployed folks would submit — that employment from any source in these hard times will be very welcome to take care of their families and help pay their bills — they also have to remember that as a very small nation we cannot operate solely in our own interest, and we must always consider our neighbours and how our actions and omission would affect them.

And no matter how many of those investors we may attract to our shores, we still have to trade and associate with those neighbours and very long-standing traders — where thousands of our own nationals reside and keep in very close contact with relatives back in their homeland.

Regardless of the ideology or the intentions of the Controllers now occupying the seats of power, or those in opposition and hoping to regain control — they all clearly need to re-consider their intentions and methods of operation, in the interests and for the benefit of all our people in these trying times and the years ahead.

NOW Grenada is not responsible for the opinions, statements or media content presented by contributors. In case of abuse, click here to report.
Tags: expectationforeigngovernmentlloyd noelorganisationspoliticspopetravel
Next Post 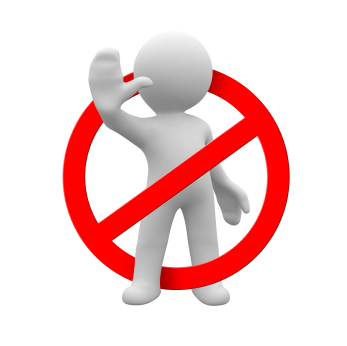