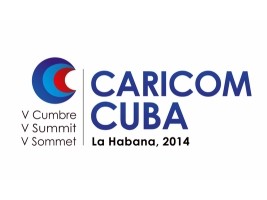 During a State visit on 7 December, Prime Minister Mitchell will engage the Cuban President, Raúl Castro Ruz, as well as other Government officials.

On Monday 8 December, Caricom and Cuba Heads of State and government will convene the 5th Caricom–Cuba Summit, where the discussions will include new integration mechanisms for achieving higher productivity in the region, as well as recommendations to increase the collective prominence of Caribbean nations on the international scene.

The first Caricom–Cuba Summit was convened in Havana in 2002, initially as a meeting of Heads of State and Government of Cuba, Barbados, Guyana, Jamaica, and Trinidad and Tobago, to mark the 30th anniversary of the establishment of bilateral relations between Cuba and the latter four Caricom nations.

At that first meeting, the decision was taken to commemorate 8 December as Caricom–Cuba Day, and to convene a summit every three years in one of the member nations, with the aim of deepening cooperation among the member countries, which have since included the other Caricom nations.

Cuba and Caricom have since established high levels of cooperation in areas such as health, education and energy.

NOW Grenada is not responsible for the opinions, statements or media content presented by contributors. In case of abuse, click here to report.
Tags: bilateralcaricomcubaeducationenergyhealthkeith mitchellnationsraul castrosummit
Next Post