Should GRENLEC be Nationalized?

Should GRENLEC be Nationalized?

As a consequence of the continuously rising costs of electricity in Grenada, many are suggesting that the company which presently has the monopoly to supply electricity throughout the state should be nationalized. The main question to be asked therefore is: Would it really be a good thing for the country if GRENLEC is nationalized?

The Public Works Department of the government of Grenada was the first supplier of electricity in Grenada in 1928. In 1960 this enterprise was privatized after the establishment of the Grenada Electricity Services Limited (“GRENLEC”). The Commonwealth Development Corporation (CDC) which was based in London owned the majority of its shares and the government of Grenada owned the minority. This privatized status of the company lasted until it was nationalized by the People’s Revolutionary Government (PRG) in 1982.

Since this acquisition, the PRG could not keep up with the ever increasing demand for the supply of electricity and there were numerous outages for lengthy periods. Load-shedding of electricity was the order of the day. It was very clear at the time that there was a dire need for the injection of adequate capital into the enterprise to enable the purchase of new and advanced machinery and other equipment. The nationalized status of GRENLEC seemed to have been incapable of providing this lifeline.

Nationalization presents its own problems. Liberal democratic countries in recent times have abandoned this approach and instead opt for privatization. Prior to 1979, the United Kingdom possessed one of the largest public enterprise sectors in the whole of Europe especially under the then socialist oriented Labour Party. This party generally followed the path of nationalization of key industries. Since then however, successive governments, especially the Conservative Party under Prime Minister Margaret Thatcher privatized most, if not all, of the state controlled enterprises and allowed competition. This position holds, even to this day.

In Jamaica, when Michael Manley won the general elections in 1972, he followed the path of nationalization. This approach proved to be a failure. Since then the process of privatization in Jamaica made significant strides to the present period. Presently privatization is the keynote approach with regards to the energy sector where there is open competition for the generation of electricity in that country.

Nationalization is characterized by certain distinctive drawbacks. With nationalization, governments generally have a monopoly so that having a profit motive is not high on the agenda. The highest objective usually relates to just providing a social service which sometimes does not contemplate the cost-effectiveness of certain actions. Enterprises for example may become labour intensive in order to suit political purposes giving scant regard for efficiency. Additionally, governments do not have or are reluctant to put in significant capital for technological advancement because money is also required by competing sectors such as health, education, and agriculture. It is generally accepted therefore that governments should shy away from operating important enterprises such as electricity and telecommunications.

In 1992, nine years after the demise of the PRG in Grenada the then Nicholas Brathwaite government took the decision to privatize GRENLEC.

Whilst this decision was good in principle, a lot of blame has to be leveled at that administration for the haste with which they went through with the 1994 sale of 50% shares in the company. The company was sold to the United States based WRB Enterprises Inc for the paltry sum of US$5.6 million. Other areas of negativity included the long monopoly status which GRENLEC is to enjoy up to the year 2073; the prohibitive compensation package that has to be meted out by any government wanting to reacquire the company if even for an interim period until privatization; and the lack of sufficient protection for electricity consumers.

There is no doubt that GRENLEC is operating efficiently. It has been and continues to be a most reliable supplier of electricity, and has been and continues to be a good corporate citizen by assisting a number of individuals, schools and charitable institutions. Additionally the company has made significant after-tax profits over the years: EC$10.3 million in 2010, EC$8.8 million in 2011 and EC$14.52 million in 2012.  Notwithstanding, the major challenge which presently confronts the company relates to what strategies are to be taken in order to cut down the costs of electricity to consumers. The company may well have to give serious consideration to having a cooperation agreement with the government of Grenada regarding the release of its monopoly status which status in any event may well be unconstitutional. Nationalization of GRENLEC may not be the answer. 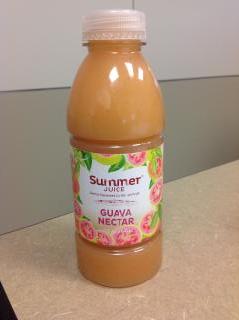