The past week or so has seen the emergence of political landmarks — local and regional — and lessons that have not been lost on some political observers.

On Friday, here in Grenada, former MP Edzel Thomas was buried.The only tribute to Thomas we have seen is a condolence message from the Grenada government. Yet, had it not been for Thomas, our politics would have been slightly different and the history of the National Democratic Congress (NDC) altered.

In more than 25 years of its founding, NDC was elected to a majority in government once — in 2008. It was Thomas, in an election tiebreak in 1990, chose to give up his GULP membership and throw his support behind the NDC, which then formed the government.

On Wednesday, Prime Minister Dr Keith Mitchell was in the Upper House of Parliament to witness the swearing-in of three of his new Senate appointees — Norland Cox, Chester Humphrey and Peter David.

Humphrey is the first trade unionist to serve as Senate President. He and David were once bitter political foes of Mitchell. However, they have decided to heed a call by the prime minister for all Grenadians to unite to build the country. On the other hand, judging from the comments and demeanour of some senators on the opposite side of the House, it appears that they are in no mood to forget the fallout from the departure — and expulsion — of David and Humphrey from the NDC.

And, in Dominica last week Monday, Roosevelt Skerrit won general elections and has begun his fourth term as prime minister.

Skerrit has promised to bring Dominica into the Caribbean Court of Justice (CCJ) system, cutting ties with the London-based Privy Council.

Dr Francis Alexis, chairman of Grenada’s Constitution Advisory Commission and a support of the CCJ, says Skerrit’s victory was also a vote of confidence in the prime minister’s decision to move to the Caribbean Court of Justice.

For some, Skerrit’s triumph Monday also brings into question the issue of term limit. Here’s a man at 42. A majority of Dominicans, through the exercise of their democratic vote, has demonstrated that they have trust and faith in his leadership.

What would have been the circumstance had an arbitrary term limit system been in place in Dominica? It would have thwarted the will of the majority, who then may have had to choose from less amenable alternatives; or withdraw from participation in the electoral process out of frustration at an anti-democratic provision that bars them from voting a party headed by a leader they consider the best for their country.

NOW Grenada is not responsible for the opinions, statements or media content presented by contributors. In case of abuse, click here to report.
Tags: advisorycaribupdateccjchester humphreycommissionconstitutiondominicandcpeter davidpoliticsskerrittillman thomas
Next Post 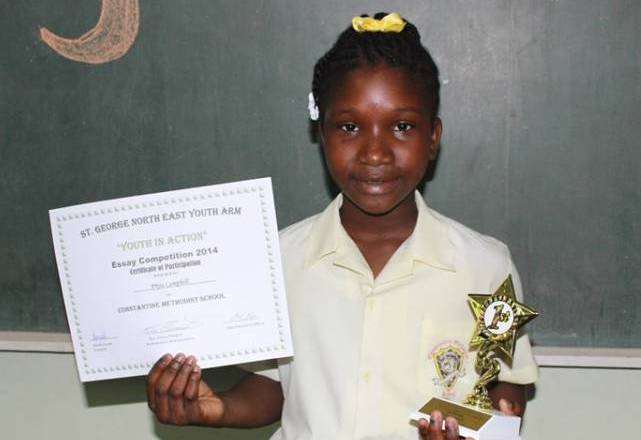