The Ministry of Religious Affairs has identified a problem that can have devastating effects on a number of marriages, due to number of marriage unions not conducted in accordance with the Grenada’s Marriage Act.

Religious Affairs Minister, Emmalin Pierre first hinted the problem while making her presentation to the 2015 budget debate. Though she did not give in-depth details about the problem, she did say that it was one of the things that her ministry was looking into with a view to amending sections of current marriage law which was approved in 1966.

Religious Affairs Coordinator, Kelvin Dottin said that a clear picture is yet to be established to determine how widespread the problem is, but from preliminary inquiries the problem is gravest among the persons attending the non-traditional religious communities.

Dottin explains that one of the major problems is that persons who are not authorised to conduct marriages are still doing so, and asking another person who is a marriage officer to sign the legal documents to register the marriage.

3. Non-compliance with the Act prevents a marriage from having any effect in law

(1) A marriage solemnised in Grenada otherwise than under the provisions of this Act shall have no legal effect.

(a) by or before a person not being a Marriage Officer; or

(b) otherwise than in the presence of two witnesses besides the Marriage Officer solemnising or witnessing and registering the marriage,

the marriage shall be void.

(3) If either of the parties at the time of the solemnisation of the marriage ceremony between them is under the age of sixteen years, the marriage shall be void.

6. Appointment of officers for the purpose of ensuring the registration of marriages and their legality

(1) It shall be lawful for the Governor-General from time to time to appoint, and remove at pleasure, officers to be called Registrars of Marriages, and also Marriage Officers who shall be such ministers of religion and other persons as may be entitled to appointment under the provisions of this Act as Marriage Officers

(3) Appointments, removals and orders authorised by the Governor-General, or made under this Act, shall be notified in the Gazette and shall take effect from the date of publication.

“With regard to that section, some religious leaders are marrying after making the application and given an approval in principle, but as you see, the law explains that the appointment takes effect from the date of publication,” Dottin said.

47. Penalty for non-compliance with the provisions of this Act

(1) Every officer under this Act who makes default in strictly complying with the provisions thereof, whether by omission or commission, shall be guilty of an offence and liable to a fine of one thousand dollars.

(2) This section shall extend to and include persons who have ceased to hold office under this Act in relation to any offence as aforesaid of which they may have been guilty while holding or on ceasing to hold such office.

Dottin said that the problem was identified because of persons who were in process of filing for divorce and suddenly discovering  that the religious leader who signed the marriage certificate were not legally authorised by the state.

“That discovery is devastating and traumatic for these relationships, but the reality is these marriages are not legally binding,” he said.

NOW Grenada is not responsible for the opinions, statements or media content presented by contributors. In case of abuse, click here to report.
Tags: lawlinda strakermarriagereligionreligiouswedding
Next Post 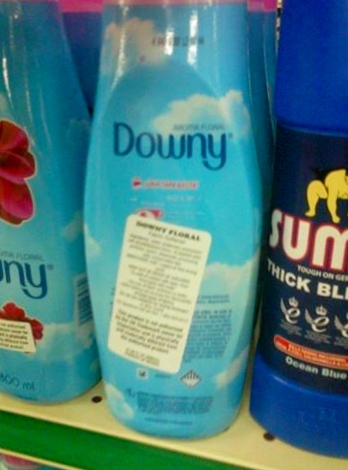