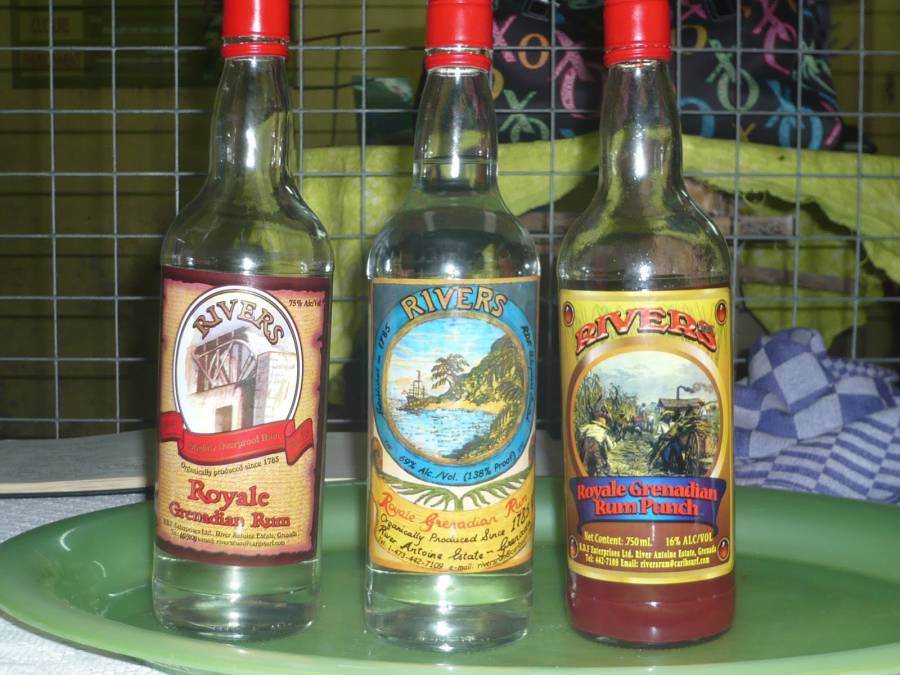 A number of persons involved in the illegal production of rum are being investigated by the police, following the filing of an official complaint by one of the producers of legal rum.

Simon Green, General Manager of River Antoine Estate Rum Distillery owned and operated by RDF Enterprises Ltd., has confirmed that his company has provided a number of pieces of evidence to the police to assist them with the investigations, which is centered in the parishes of St David and St Andrew.

“That was done some time ago and the matter is part of an ongoing investigation as we seek to protect our products from those who are falsely representing our products,” he said.

Simon said that it was drawn to the company’s attention that producers of “mountain dew” also called “babash” or ‘bush rum” which is a rum produced in unsanitary conditions, has been using its bottles without removing the label.

“That rum is not just kept at home for personal consumption, but is also commercially sold locally, and exported regionally and internationally. This act is not only a violation of intellectual property laws such as trademark and copyright, but it has implications for the growth and development of the local rum industry,” he said.

“Someone who consumes that rum and ends up with a medical problem will not blame the illegal producers, but will lay full blame on the producer of the legal rum, because the illegal substance was in the bottle of the legal rum. This action can have financial implications for companies who have invested so much and Grenada as a Nation, because when action is taken it’s not just on the company but on the country,” said Simon.

Senator Christopher DeAllie, in a recent plea to the Government, called for action to be taken on the producers of the babash rum, who are clearly violating the Intellectual Property Rights of companies involved in the rum production business. “These companies have invested thousands in gaining entry to some of these international markets, and for these illegal rum producers to cause them to lose that market is just not right,” he said.

DeAllie believe that what is required is for law enforcement to apply the law on these illegal rum producers. “Everyone knows where they can be found, St David is the hub of babash and it’s sold on the shelves, so I just don’t understand,” he told the Upper House of Parliament while contributing to the 2015 budget debate.

A check with the Immigration and Customs Departments reveals that persons who are departing Grenada with the “Babash” rum, do so by wrapping them up in the suitcase of clothes. ‘They don’t general come through immigration lines, but put them in suitcases, and because we don’t have the facility to confirm the alcohol proof at the Airport, we cannot accuse a person of having rum beyond the proof in the bottle,” said one Immigration official.

However, Simon said that most of the rum producers do have equipment to determine the proof of its rum, and what will be required is for system to be established whereby suspected rum can be tested for its proof content.

“Babash has a higher proof content and this not in conformity with the international standards for these markets, and action can be taken on the country if a border control officer was to do random testing on arrival. These people who are taking the chance and engaging in the peddling and exporting of babash need to understand that their action is wrong,” he said.

NOW Grenada is not responsible for the opinions, statements or media content presented by contributors. In case of abuse, click here to report.
Tags: alcoholbabashexportillegalinvestigationlinda strakermountain dewpolicergpfrumtravel
Next Post