This year, 2015, will see a new thrust with regards to the process of having the Grenada Constitution amended. Following the recommendations of the Grenada Constitution Reform Advisory Committee, Cabinet has now signed off on all the items which are earmarked to go forward to Parliament and the referendum stage. Cabinet always has the final say with regards to what recommendations coming from the Advisory Committee must be accepted, rejected or amended.

Subsequent to its launch, the Advisory Committee held a number of its own closed sessions and a number of public consultations throughout the state. The Advisory Committee’s first report to Cabinet was dated 9 July 2014 which report contained twelve recommendations for Cabinet’s consideration. These included the following topics: having the Caribbean Court of Justice as the final Court of Appeal for Grenada instead of the Privy Council; having an Elections and Boundaries Commission to replace the post of Supervisor of Elections; having the name of the state changed to Grenada Carriacou and Petite Martinique; having more comprehensive fundamental rights and freedoms for individuals; and having specific provisions to avoid conflict of interest situations amongst key officials. The government accepted all twelve recommendations in principle.

Following a well-attended National Consultation on Constitution Reform which was held at the Grenada Trade Centre on 15 October 2014, the Advisory Committee deliberated further and by another Report dated 22 November 2014 made additional recommendations for the consideration of Cabinet.

The additional topics relate to the following: that the Governor-General be elected by an Electoral College consisting of all members of both the Senate and the House of Representatives; that a Prime Minister must not hold office for more than three consecutive terms; that in the event that one political party wins all the seats in a general election then the party obtaining the second highest number of votes must be able to appoint an official Leader of the Opposition who would be entitled to sit in the House; that voters in any constituency should have the right to recall non-performing representatives before the normal tenure is up; and  that there must be a fixed date for the holding of a general  election.

At a Press Briefing which was held on Tuesday, 6 January 2015, the Minister for Legal Affairs, Hon. Elvin Nimrod disclosed that the Cabinet had agreed to accept the second batch of recommendations save and except the one dealing with the recall of non-performing representatives.

Now that the topics pertaining to the proposed amendments to the Grenada Constitution have been settled, Grenadians will soon have the opportunity to participate in the appropriate referendum. The next steps are as follows: relevant Bills are to be drafted by the Advisory Committee and then submitted to Cabinet for its consideration; final drafts of bills are to be introduced in the House of Representatives for First Reading and remain there for at least 90 days; after this period has passed the bills must be debated and be passed by at least a two-thirds majority of all members of the House; the Bills must then be passed by the senate with a simple majority. Once passed by both Houses of Parliament the Bills must be put before the electorate in a referendum and must receive the support of at least a two-thirds majority of all those participating in the referendum. Once assented to by the Governor-General and gazetted the Bills become Acts of Parliament and give entitlement for the Grenada Constitution to be amended accordingly.

NOW Grenada is not responsible for the opinions, statements or media content presented by contributors. In case of abuse, click here to report.
Tags: amendmentcabinetcommitteeconstitutionlawrence josephparliamentreferendum
Next Post 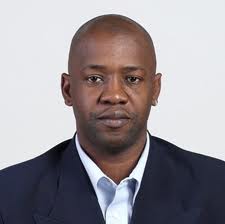