The field of Second Language Acquisition (SLA) has undergone different periods in which a plethora of theories have been advanced to explain variations in levels of success in SLA. Indeed, given the variety of languages and the many different situations concerning learners, it will be impossible to explain SLA simply in the light of only one factor. SLA can be seen as a field in which various factors interconnect, to explain differences in acquisition and different types of acquisition. This paper will highlight some of the factors which impact SLA, namely: neurobiological, psychological and socio-cultural factors. Additionally, this paper will discuss the teaching approaches and styles and strategies that can be implemented to mitigate some of the factors impacting negatively on SLA.

One very important factor accounting for varying success in SLA is age of acquisition. Studies of how children acquire their first language (L1) have been used to explain how they acquire L2. One such factor is age. Eric Lenneberg (1967) advanced the Critical Period Hypothesis (CPH), which proposes that there is a critical period (age) during which persons acquire a language. This critical period for learning the language, must therefore be before the end of puberty at age twelve. Studies have shown that it is increasingly difficult for one to acquire a first language after that critical period, since the brain lateralizes during the developmental stages leading up to puberty. According to Scovel (1960’s, 1980’s) and other neurobiological theorists, the left brain is responsible for producing language, whereas the right hemisphere of the brain is responsible for emotions. Studies have shown that when a person has a damage to the left brain, it becomes difficult for him/her to acquire a language if the repair or recuperation does not take place before the end of puberty. This means that early language learning development is crucial before puberty.

Additionally, if children are not exposed to the first language in the critical years, they will have difficulty acquiring a language successfully in the future. Consider the case of the Wild Boy of Aveyron, who grew up around animals and when found, had already passed puberty; it was difficult for him to produce complex sentences even after being exposed to language (Jackendoff, 1994). Apart from one or two word utterances, a complex syntax was unable to emerge. Isabelle on the other hand, was found in her early years before the end of puberty and as a result, she was able to grasp the complex morpho-syntactic aspects of the language (Jackendoff, 1994). These examples definitely show that age is a crucial factor in acquiring a language, especially to produce complex grammatical structures like I-movements and WH-movements. Scovel’s (1988) research on birdsongs also shows that birds develop a certain song or accent in the early years and after this period, it is difficult for them to properly develop their song. Scovel likened this to human accents, and in fact most theorists, for example, Brown (1997) agree that a critical period or age is crucial for persons to produce the second language or L2 accent with native-like levels of accuracy. But, apart from the accent, one will note that the age factor may not be the single most important factor in determining different levels of success in the L2, but its value can never be overlooked.

Psychological factors have also been advanced to explain different degrees of SLA. In fact, theorists argue that a child acquiring a L1 (first language) or even L2 (second language)  in an environment that is natural and conducive for acquiring that language will be more relaxed than an adult who is in a classroom, for example, trying to learn the language. (Later on, a distinction will be made between learning and acquisition to clarify the two concepts). Inhibition is a psychological factor that should be considered when discussing language acquisition. Inhibition can be defined as the extent to which one is impeded when a certain task has to be accomplished. Guoira et al (1972) claim that adults have higher levels of inhibition than children learning an L1. Inhibition is linked to the concept of self. A young child has not yet developed a complete image of him/herself. That child is still exploring and is willing to try out new phenomena and concepts. An adult on the other hand, may have a more defined image of the self and therefore will try to protect this identity in the Second Language (SL) classroom; for learning a new language does involve taking on a new identity. With high inhibition levels, adults and even persons beyond age twelve, therefore, may not learn the language as easily as the child under twelve.

A look at Grenada’s sociocultural landscape

To what extent can this apply to our students in Grenada? Think of our students beyond age eleven and twelve, who already have a certain grasp of their image or identity. These students learning another language in a classroom may be more embarrassed when mistakes are made (in comparison to a younger child). The language ego will need to be protected and so our students may not be as adventurous as younger students, who find language learning exciting or who may acquire the language in a natural setting.

Added to this, will be issues of motivation and language attitudes. Students would have already developed a certain cultural and linguistic bias, further impeding the language learning process. It is against this backdrop, that I highlight the need for students to be exposed to L2 at an age earlier than age 11.

In Grenada, foreign languages are introduced mostly at the secondary level; that is when most students would have attained eleven years, or according to Piaget’s ( 1932) theory of cognitive development, when most students are already in the concrete operational stage of development (a period when they are capable of thinking logically and performing mathematical operations). At that point, the brain structure is no longer as plastic as it used to be. Studies have shown that during the earlier stages of childhood, the plasticity of the brain plays a key role in language learning. In fact, Thomas Scovel (1969) points out, that the plasticity of the brain prior to puberty plays a key role in enabling children to acquire, not only their first, but also their second language. After puberty, the task becomes increasingly more difficult. If we were to study in depth the case of the Wild Boys of Aveyron, it would be clear that it is best to learn a language in the early stages of development! Though there are differences, the correlations are evident! Learning vocabulary and grammar by rote may not be difficult in the later years; nevertheless, learning complex grammatical and syntactic structure after age 12 may be a mammoth task for the average learner.

In Grenada, our case is particularly more and more challenging, as the target language is not learned in a second language context (second language context means that there is an immediate community of language speakers), but in a foreign language context ( foreign language context means that there is not an immediate community of language speakers). Apart from the few private schools and government or church schools that give students a taste of the foreign language in their early years, the rest of the student population continues to be at a disadvantage when they have to learn the language upon entering secondary school. No doubt, the ones who have a knack for the language would make it, but the bulk of the population may not get the chance to be fluent in another language! Examples from the French speaking Caribbean islands, like Martinique and Guadeloupe show that when English is introduced in the elementary schools, the students go on to become fluent in English by the time they complete secondary education. Though English may be currently a lingua franca, these countries understand the numerous advantages of enabling their citizens to become bilingual. What are we doing in Grenada, when unemployment is at its highest? What are we doing to encourage our citizens to look way beyond the English-speaking world and venture into territories where other languages will be the main means of communication? How well are we equipping families who may be seeking employment outside of Grenada? To what extent are we encouraging linguistic diversity and multilingualism or multiculturalism to build up our almost eroded cultural landscape? What about international trade and intercultural communication?

The time has come for us to erase the traditional mindset of language learning. According to the traditional equation, learning a language equals becoming a language teacher. I have had numerous students ask, “Just what will I do with an Associate Degree in Modern Languages?” Our students can become teachers, journalists, writers, translators, interpreters, etc. But, let us be realistic and look beyond Grenada, where our students can gain work as speech data evaluators, language architects, project managers, lecturers, researchers, consultants, etc. Do we tell our students about taking their language study further and about combining their options? Who tells our students that by combining language studies and Computer Science, they can become computational linguists? What about our students studying law who can gain more exposure in an international setting, where the language of communication is not English?  What about our students in Business Studies? Are we giving them that competitive advantage through bilingualism? Our students in Science will do well to explore the connection between the languages learnt and Science itself! But, when our students open our local newspapers, they don’t see these vacancies.  Do they? This is where Critical Pedagogy or Andragogy and intelligent use of the world wide web become crucial.  Subscribing to websites such as devnet.org and other such professional networks can open a window of opportunities for our students. We have to begin to look beyond.

We also need to examine sociocultural factors and their impact on language learning. The generalizations and stereotypes associated with language learning ought to be addressed immediately. We have to examine our attitudes in the language classroom: our attitude towards other cultures. Are we willing to integrate, or do we keep a social distance when it comes to learning a second language? Are we aware that learning a second language implies learning a second culture? And just how open and ready are we to become multicultural? Speaking the world’s dominant language — the world’s lingua franca, English — may be a golden birthright now (but, do we really speak it or for that matter write it?); however, at some point we may need to move beyond the linguistic imperialism of the English Language and examine language policy and politics from a whole new perspective! In Grenada, neurobiological, psychological and sociocultural factors are giant roadblocks that have a profound impact on second language acquisition.

NOW Grenada is not responsible for the opinions, statements or media content presented by contributors. In case of abuse, click here to report.
Tags: developmentlanguagelecturerslasocioculturetamcc
Next Post 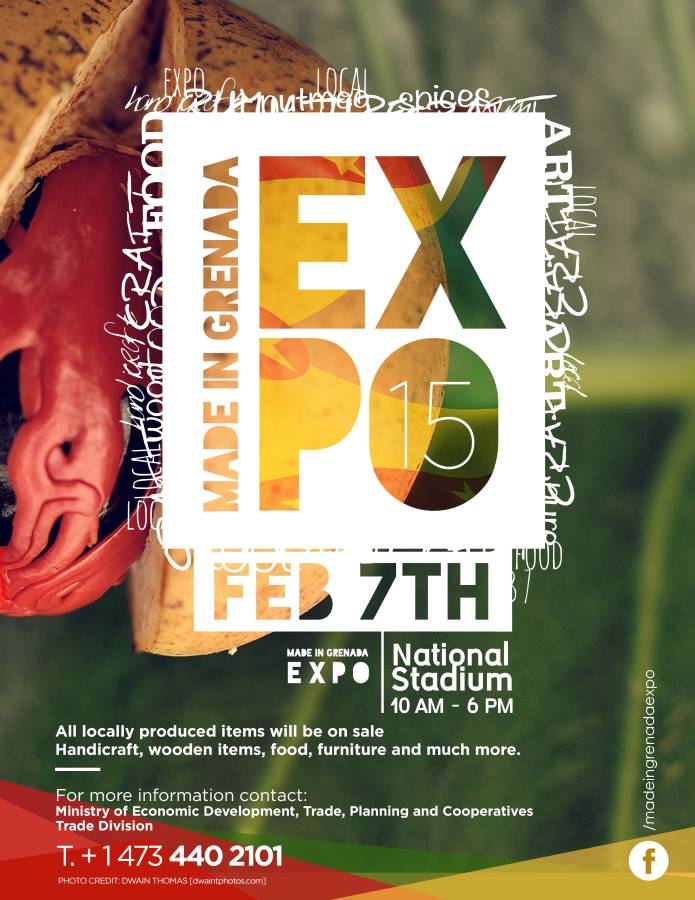