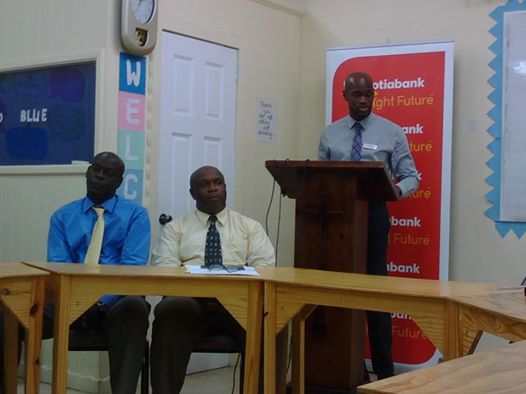 Intercol Will Be Special

Intercol Will Be Special

This story was posted 7 years ago
in Athletics
3 min. read

Intercol 2015 will be special more than one reason, according to Dominic Jeremiah, Chairman of the Grenada Association of Principals of Secondary Schools.

Intercol is the coming together of the best track and field athletes in all secondary schools, and for the first time it will be held outside of the parish of St George. “This year will be start of the 50th anniversary of the games and it will culminate with the hosting of the 2016 games in our brand new national stadium in St George’s with a big celebration,” Jeremiah told reporters on Monday.

The 2015 games had to change location because of Grenada’s commitment to host international cricket games during the month April. Initially, the idea was to have the games earlier, but because of the potential impact the games will have on the field, the relevant authorities which include the Ministry of Sports had to make a decision to change the location.

Sports Minister, Emmalin Pierre, announced a few days earlier that government is commitment to doing all its power to ensure that the games is held in the best suitable venue, and made a commitment that the new location at Progress Park in St Andrew will be upgraded.

On Monday, Conrad Francis Director of Sports in the Ministry of Sport confirmed that extensive work will be done on the Progress Park venue. He said that more than 3,000 seats will be constructed to accommodate the patrons to the games.

“Government will be erecting two permanent pavilions, each with a capacity of 1,000 persons, plus placing of temporary bleachers which will accommodate between 800 to 1,000 persons,” said Francis, who explained that the present bleacher accommodation is only 300.

“We think that this will be adequate and sufficient for this venue because there are areas where people can stand and watch the games,” he added. “We will work to ensure that patrons and athletes are accommodated to the best of our ability,” he said.

Intercol 2015 will again be a three-day affair, with the first day being 23 March for field events, and the location for that day will be St Andrew’s Anglican Secondary School grounds in Telescope and the Progress Park. “The juniors will be at the SAASS grounds,” said Jeremiah, who explained that the seniors’ event will be at the Progressive Park. The final two days will be on 25 and 26 March.

Jeremiah reiterated that Intercol games days are regular school days and thus students are expected to attend in full uniform with their respective identifications cards for the school. Students at the games will be sitting separately from adults but will be allowed to mingle on the same bleachers as they celebrate the achievement of the respective schools.

The Police has stated, that like other national events, there will be a temporary operational center to deal with matters involving the police. Traffic changes are expected on the days of the games, including one-way traffic to Grenville and diversion of traffic into the town of Grenville.

ACP Edvin Martin of Royal Grenada Police Force said that only persons with tickets will be allowed into the demarcation area for the games, and these tickets will be purchased at special booths set up outside of the demarcation area. He also explained that based on crowd capacity, a decision may made to stop the sale of tickets. “Too many persons in one area can be a high security risk, and we will have to make a decision to control the crowd,” he said.

2015 will mark 35 years since Scotiabank began the sponsorship of the games which is funded through the Bank’s “Bright Future” programme.

NOW Grenada is not responsible for the opinions, statements or media content presented by contributors. In case of abuse, click here to report.
Tags: edcuationgamesintercollinda strakerpoliceprogress parkrgpfschoolscotiabanksportupgradevenue
Next Post

No Promises to Repeal Taxes