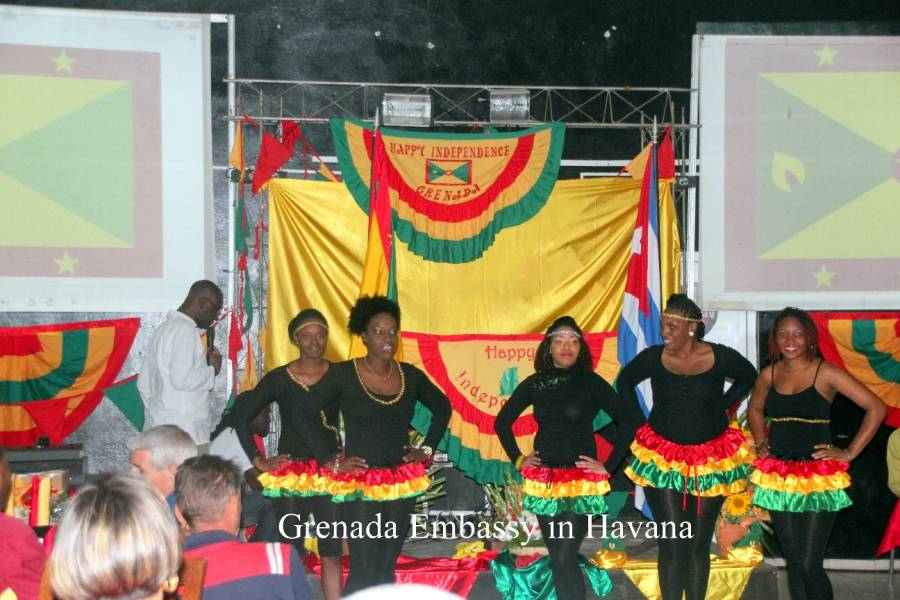 Over 120 Grenadian students, Cubans of Grenadian descent, Cuban officials as well as students from other Caribbean islands and Africa joined Grenada’s Ambassador to Cuba, Her Excellency Claris Charles in the celebrations of Grenada’s 41st Anniversary of Independence.

“It was all day programme with the playing of cricket, football, dominoes and other games,” said a press release from Grenada’s Embassy in Cuba. The activities took place at La Kuka Hotel in Havana and the official ceremony started at 6 pm with the Prime Minister’s speech read by Marvin Corion, while the Governor General’s address was read by Kiana Joseph. The feature address was given by HE Claris Charles. Cuban officials also brought greetings on behalf of the government and people of Cuba.

Awards were then presented to Grenadian students who had a GPA of 5, as well as to Cuban officials who during the past year have gone over and beyond the call of duty to enable the embassy to perform. Students receiving awards were: Dane Sylvester; Nadia Belfon; Dennison Slocombe; Angus Modeste; Cliffy Bowen; Gaynel La Touche; Marvin Corion and Mario Christopher.

The official ceremony ended with Cultural presentations by students in songs, poetry and dance.

NOW Grenada is not responsible for the opinions, statements or media content presented by contributors. In case of abuse, click here to report.
Tags: claris charlescubagrenadaindependence
Next Post